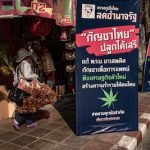 Anutin Charnvirakul thinks he has hit on a winning issue for Thailand’s election next month – promoting cannabis farming now that the Southeast Asia nation has legalized medical marijuana. 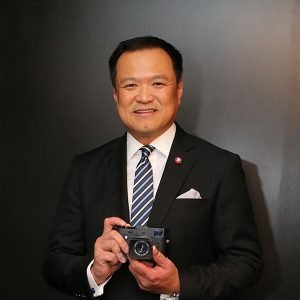 “We know that marijuana doesn’t have any negative effects when somebody consumes it, apart from getting sleepy,” the billionaire-turned-politican told Reuters.

“When we weigh the pros and cons of freeing up this product, we decided to give full support,” Anutin said.

On December 15, 2008, the party endorsed the Democrat Party, in forming a six-party coalition government under Prime Minister Abhisit Vejjajiva. The party’s “de facto” leader and power broker behind joining the Democrat-led coalition is Newin Chidchob. Due to his role as an executive of the PPP predecessor party, the Thai Rak Thai party which was dissolved in 2007, he became ineligible to be a party member for 5 years. It is alleged that Army commander and co-leader of the 2006 coup, General Anupong Paochinda, coerced the MPs of the Friends of Newin Group faction in the PPP to endorse a Democrat Party-led coalition. This secured enough parliamentary votes to allow Abhisit to be elected Prime Minister. Bhumjaithai was the second largest coalition partner in the Abhisit government, supplying the ministers of Transport, Commerce, and Interior (Chaovarat Chanweerakul), and four deputy ministers.

For the general election on 3 July 2011, Bhumjaithai forged an alliance with fellow coalition partner Chartthaipattana Party.[4] The party aimed at winning as many as 111 seats in the new parliament.[5] During the campaign, a main BJT canvasser, Suban Chiraphanwanit, was shot dead.[6]Eventually, BJT won 34 of the 500 seats in the House of Representatives, which observers have interpreted as very disappointing for Bhumjaithai.[7]Subsequently, the party’s Matchima-faction, led by Somsak Thepsuthin, tried to join the Pheu-Thai-led coalition government of Prime Minister-designate Yingluck Shinawatra, despite the party’s firmly outruling cooperation with Pheu Thai before the elections. However, Pheu Thai Party rejected a possible government participation of BJT members.[8]

On September 14, 2012, Anuthin Charnweerakul was elected the new leader of the Bhumjaithai Party during the party’s general assembly to elect a new 11-member executive committee. He replaced his father Chaovarat Chanweerakul, who had resigned. Also elected were Saksayam Chidchob as the new secretary-general, Nathee Ratchakijprakarn as treasurer, Sora-ath Klinprathum as an executive committee member and party advisory chairman and Supamas Issarapakdi as party spokeswoman.[9]

Bhumjaithai has a populist platform, since some of the platform was drawn from Thaksin’s populist Thai Rak Thai party, and the People’s Power Party.[10]