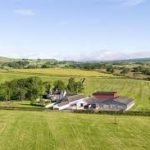 This is about the third story we’ve seen in the past fortnight about the Aussies going overseas to try and grow medical cannabis.

May we be bold as to suggest that it is such a nightmare to crawl through the red tape in Australia that Australian companies
(increasingly being bought up by the Canadians and the Americans) are shifting to greener pastures to try and get crops in the ground.

This we hasten to add whilst the Qld Police have shut down over 80 illegal cannabis grows over the past month, alone.

It’s off to Scotland we go….

The Scottish Farmer reports……..An Australian company has reportedly held talks with NorthAyrshire council about identifying potential sites in Irvine where the first legal cannabis farm in Scotland could be established.

The company, LeafCann, which was recently granted a license to manufacture medicinal cannabis, established a UK subsidiary earlier this year, in the wake of a law change that recognised the medical value of the Tetrahydrocannabinol (THC) produced by the plant, that was previously banned outright because of its use as a recreational drug, known variously as ‘weed’, ‘dope’, ‘hash’ or ‘grass’.

However, the sensitivities around cannabis remain, so North Ayrshire council was not quite ready to sound too keen: “We are aware of interest from LeafCann and we’ve had initial discussions with them,” said a spokesman. “There is nothing imminent or close to being agreed.”