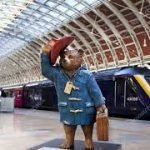 London’s Legal Cheek have a great story about a law student trying to dodge their train fare. On being searched cannabis is found at which point aforesaid kicks up more of a fuss and “I’m a law student” etc etc

A mystery law student has discovered first-hand why it’s not wise to kick up a stink with ticket barrier staff at a busy London commuter hub if you’re carrying drugs.

Taking to its official Paddington Station Twitter account on Friday, British Transport Police (BTP) explained how a law student had approached the barriers without a ticket. To further complicate matters, the unnamed law student refused to buy a ticket or provide their details.

Got to love law students.
This one turns up at the barriers without a ticket, refuses to buy a ticket or provide details.

Police are called & still refuses provide details, arrested, searched & this when we find the cannabis.

52 people are talking about this

Police now on the scene, and he (or she) still refusing to provide their details, the fare-dodging law student was promptly arrested — at which point, according to the tweet, officers carried out a search and found cannabis. “Penalty Noticed issued”, the tweet concludes.

Seemingly unable to resist a spot of social media-based banter, the BTP’s Twitter account for East Anglia responded: “Obviously hasn’t learnt that bit [of the law] yet then…”

Obviously hasn’t learnt that bit yet then…

Another member of the public questioned how the police knew the ticketless traveller was studying law. BTP responded: “The person told us”. Classic law student behaviour.

How do you know they were a law student

The person told us.