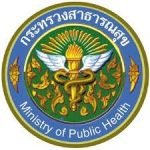 The Bangkok Post reports……The Public Health Ministry has postponed growing marijuana for medical and research purposes due to a delay in the paperwork required to allow two universities to legally grow marijuana in the Northeast.

The farming is now expected to begin next week or early next month.

Dr Marut said that because more documents were still required to be submitted before the marijuana cultivation could begin, the beginning of this particular plan would have to be postponed.

As for Daycha Siripatra, a Thai folk medicine practitioner and president of the Khaokwan Foundation, a medical cannabis advocacy group, his professional certification is still pending until the new regulations on folk medicine certifications are issued, according to Dr Marut.

Also…. advertising regulations are on the way

Advertising guidelines for medical marijuana purveyors were approved Tuesday afternoon by the interim cabinet to clear the way for legal marketing.

Anyone thinking of rushing out signs for their home dispensary should hold their horses – licenses will only be granted to relevant medical professionals including dentists, pharmacists, veterinarians and traditional Thai healers who meet required criteria, according to spokesman Col. Athit Chaiyanuwat of the Prime Minister’s Office

Under the rules proposed by health officials, providers must get their stock approved by the Food and Drug Administration before applying for a license. Extensive paperwork must be documented and each applicant’s qualifications will be examined.