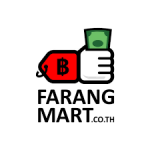 The Asia Times reports on the arrival of the farangs hoping for a cannabis gold rush. We say the Thais are expert at managing foreign business expectations, have been doing it for years so you’d better be culturally aware as well as have a sound business head. The Thais do not suffer fools easily.

BANGKOK – High on hope, foreigners have arrived in Thailand selling satellite imagery, financial services, grow lights and other products to profit from the kingdom’s recently legalized and fast-budding medical marijuana industry before Thais figure out how to do it themselves.

Foreign investors are excitedly gathering at cannabis networking events in Bangkok and elsewhere in this Southeast Asian nation, spouting sales spiels and describing the most fantastic things since seedless joints.

They are also unraveling Thailand’s newly created tangle of cannabis laws to find loopholes and ways to squeeze money from weed.

Medical marijuana became legal in Thailand in 2019. Recreational use did not and penalties for smoking without a prescription still include imprisonment.

As a result, the current foreign investment-driven rush is going mainly towards niche infrastructure for government-controlled medical research and production.

The Dutch, for instance, are quickly emerging as big suppliers of potent seeds to Thai medical marijuana growers.

The Netherlands, where recreational marijuana is legal, has spent decades producing some of the best cross-bred seeds, which are now being purchased by government-approved Thai researchers.