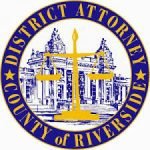 Temecula is free of marijuana dispensaries, thanks to a series of raids by a Riverside County law enforcement unit established to crack down on illegal cannabis activity, it was announced Friday, April 26.

The city prohibits all cannabis-related commerce.

“The aim of the task force is not to shut down legally operating facilities, but rather to ensure fair business practices and keep criminal activity out of the legal cannabis industry and out of our communities,” Hall said.

“When dispensaries operate without following the law or regulations, their unfair business practices impact those dispensaries which are obeying the law.”

The task force, which is expected to carry out additional raids in the coming months, is comprised of District Attorney’s Office investigators, probation agents, sheriff’s deputies, officers from multiple municipal law enforcement agencies, as well as personnel from the California Department of Tax and Fee Administration and the California Bureau of Alcohol, Tobacco, Firearms and Explosives.