Since Tamaryn first began picking up buzz on late-aughts music blogs, the immediate appeal and connecting thread in her music has been textural beauty. Her 2010 debut, The Waves, was awash in shoegaze guitar tones and layers of reverb, delay, and echo that shoehorned neatly with the concurrent chillwave movement. Gradually, she leaned into more dynamic, clearer-sounding territory, but if anything, that accentuated the music’s lushness even more.

This all culminated on her third (and until this week, most recent) album 2015’s Cranekiss. It was Tamaryn’s first with collaborators Shaun Durkan of Bay Area shoegazers Weekend and producer/multi-instrumentalist extraordinaire Jorge Elbrecht, whose numerous credits include work with Ariel Pink, Japanese Breakfast, Chairlift, and Gang Gang Dance. Coming from a more electronic-based dream-pop world, Cranekiss cast Tamaryn’s songwriting gifts in sharper focus than ever, while still retaining her calling card of deliciously rich tones.

It’s been three-and-a-half years since Cranekiss — the longest gap yet between Tamaryn albums — and fittingly, her latest offering puts some clear distance between her and her older work. Dreaming The Dark (out Friday via DERO Arcade) is colder, darker, and more confrontational than Tamaryn’s ever sounded. It may still nod to very ‘80s/early ‘90s source material, but think early Nine Inch Nails, Depeche Mode’s more gothic stuff, and pre-Pixies 4AD releases, rather than the era’s more sugary synthpop. Elbrecht is still onboard, and he’s joined by Jordan Collins, a young, relatively unknown, Las Vegas-based producer/musician who Tamaryn met on Instagram. 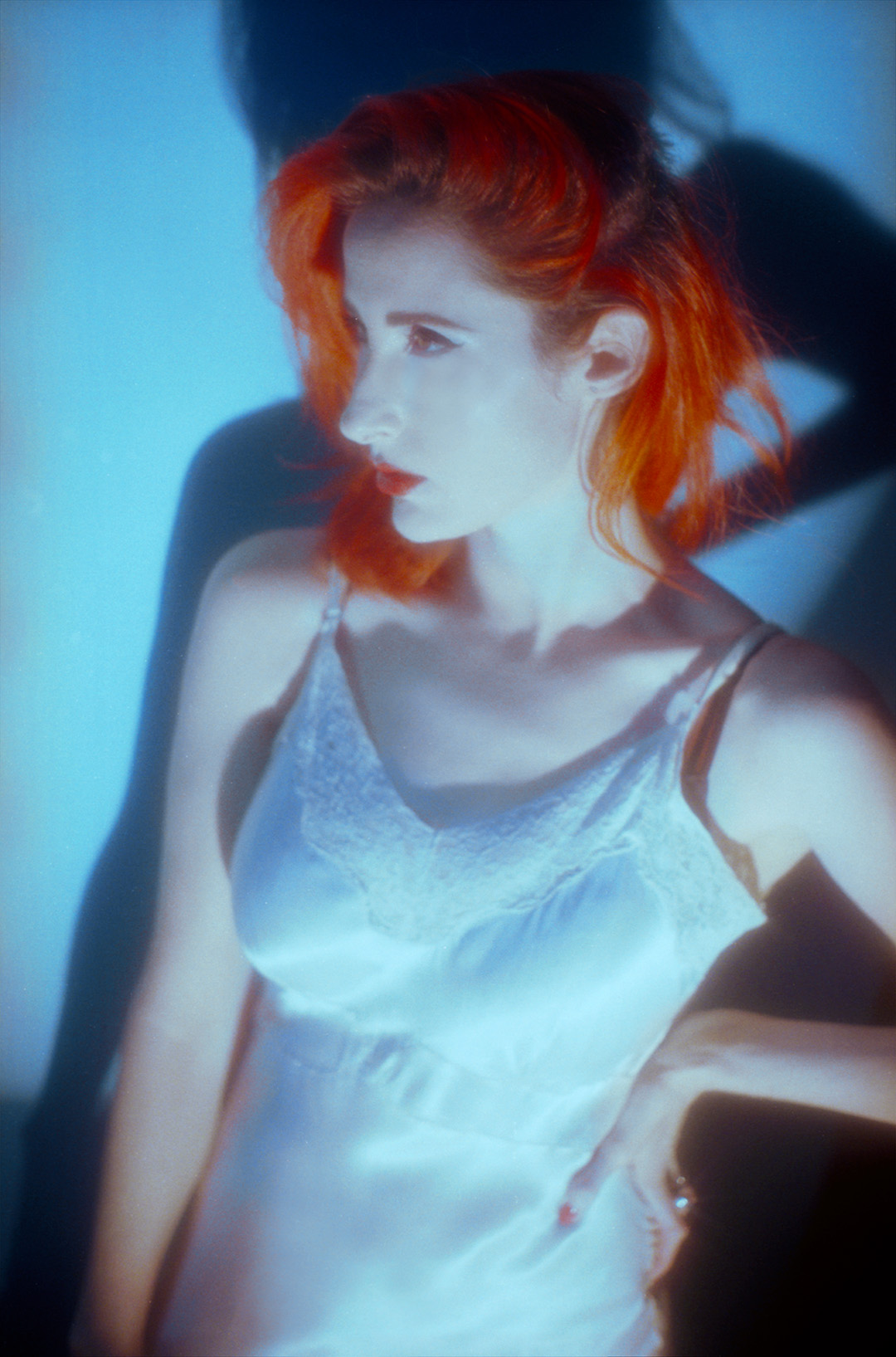 Early on in her career, Tamaryn tended to bury her voice in the mix, using it more as another instrument than as the anchor of her music. But from Dreaming The Dark’s first chorus, it’s clear that her pipes are now the focal point. “Embrace your desire,” she sings on “Angels Of Sweat,” dragging out “desire” and allowing her high register to soar to house music diva heights worthy of Larry Levan’s Garage. “Live so many lives, it’s already night,” she croons over a jagged, arpeggiating synth line.

Her lyrics are empowered, sexual, personal — a far cry from the artsy-er abstractions of The Waves bangers like “Love Fade.” Dreaming The Dark runs a considerable gamut of emotions, from the pissed-off, self-flagellating “Fits Of Rage” to “You’re Adored,” a love song dedicated to Tamaryn’s dog, so the main throughline isn’t so much thematic as it is visceral and immediate. Tamaryn’s no longer letting her gorgeous sonic backdrops do the heavy lifting — she’s out in front, holding everything up with powerful, unflinching vocal performances.

MERRY JANE caught up with Tamaryn while she was in the midst of cleaning her A-frame house — which she says “looks like a Disney witch’s cottage” — in Silver Lake, LA. We spoke about the long gap between albums, the source of Dreaming The Dark’s darkness, her creative process, and using music as therapy.

MERRY JANE: This is the longest gap you’ve had between any of your albums. Has Dreaming The Dark been in the works the whole time?

Tamaryn: Not at all. To be totally honest about my dramatic nature, I think I’m going to quit making records between every record. But for this one in particular, there was a longer gap of feeling like I just didn’t want to do it. When I finally did get inspired, or felt less silenced by the experiences of my life, it came really fast. The entire record was written within a matter of weeks.

In this particular interim between albums, what specifically factored into your thinking that you might want to quit recording altogether?

I just went through a lot of stuff around Cranekiss. It was my favorite record to date, and I’m really proud of it, but my personal life around it was really troubled and I had some really limiting relationships that got into my head and made me question a lot about being in music at all. It wasn’t just the relationship, but the the music industry — even though I’m hesitant to use that word, because I don’t really feel like I take part in the industry side of it — got overwhelming. I had to get to the place where I realized that art is a sacred healing tool for myself, and that forcing it to be my main source of income, or pushing it to sell it, is really uninspiring to me.

Because I’ve been doing music for so long, I felt disconnected from a regular community of working people. So I chose to start doing different kinds of jobs and finding out what I could be, more than being identified as a recording artist. Even though being an artist is one of the biggest gifts that you can be given in life, it also isn’t everything. If you choose to make it your complete existence, it can feel like you’re very detached from the rest of the world. So I took some time to try and see where my place was, and now I feel like I have a good balance of both: I can do music, and it’s a really personal, beautiful thing to me that I won’t desperately try to sell. But I can also get a job, or explore parts of the world not just on tour, actually travel and see things beyond a venue or a hotel.

There’s that whole myth, which I personally don’t place a ton of stock in, about the best art coming out of the shittiest circumstances—

I do agree with you, that it’s not the only place to find inspiration, but I would be lying if I said most of my work didn’t come from that place. I mean, this record is called Dreaming The Dark, and it come from that experience of a very shadowy place that I was in during [the writing of] Cranekiss, and now I’m processing afterwards.

I don’t think the greatest art has to come out of suffering, but I do think the nature of human beings is suffering, and the whole world is a chaotic place, and making art is our way of finding balance in that. I’m not trying to promote darkness, but this album is very much an investigation into the shadow side of things in general. There’s a bit of a self-awareness to it, which is whether or not the way you perceive things in your life is exactly as they are, or through your own darker-tinted point of view — your own filter of the trauma you’ve experienced in your life. I’m simultaneously trying to investigate what’s true to me, and see why it’s true to me. 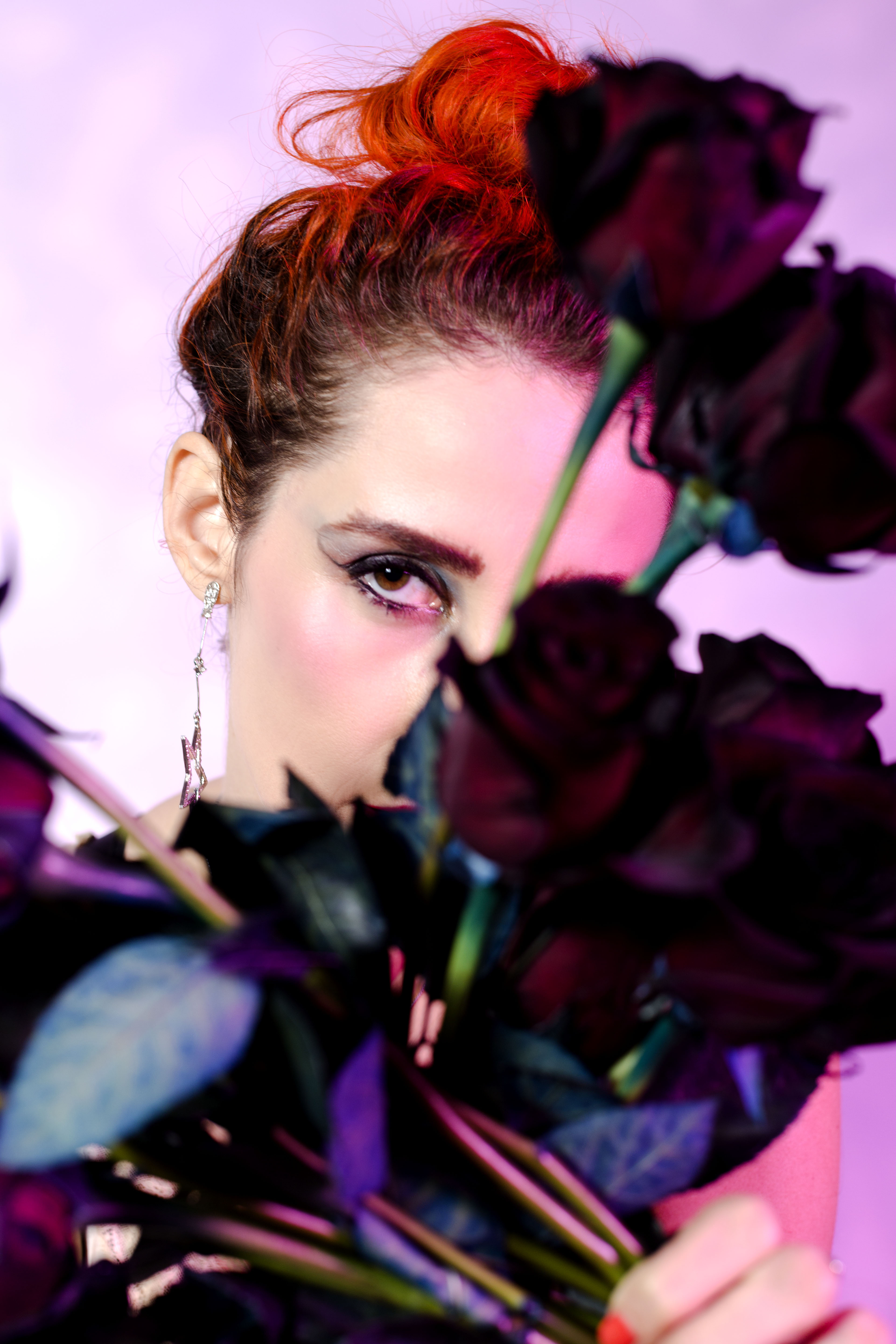 Photo by Kristin Cofer, courtesy of the label

Were there any influences or sounds that you were able to incorporate this time around that you hadn’t in your past work? There’s a darker, more aggressive edge to Dreaming The Dark.

Definitely. That wasn’t intentional since the beginning, but that has definitely happened. If you were to look at Cranekiss, the glue that holds it all together is the textural beauty, and the [Cocteau Twins guitarist] Robin Guthrie-ish sound. Even though the songwriting changes throughout the album, there’s those sounds that bring it all together.

Going into this record, I wanted to push the vocals as much as possible, and write the most ambitious melodic parts that I could. It just seemed like there was no point of me making another album if I didn’t challenge myself in that way. That started the ball rolling in the direction of all things becoming more penetrating and confrontational. Maybe that’s where the darker stuff started. If the Cranekiss thing was the lushness, I think the sounds on this record are very much more rooted in my love of industrial music and hip-hop, and penetrating vocals like Tears For Fears, or George Michael even — somebody who does a lot of flicks and slides.

Yeah, when I heard the opening song’s chorus I was like, Whoa, this is big!

That song [“Angels Of Sweat”], to me, is the most interesting songwriting-wise. We worked on it the most. A lot of the other songs just came out fully formed, and that one had many different revisions over the course of many months, and the chorus is the last thing that was written in the song. There’s an outro that goes [sings], “All my fantasies come to life / As angels of sweat that never return” — and that was the chorus originally. But I thought the song could be so much better, but it needed a really ambitious, lifting thing. Then Jorge [Elbrecht] and I wrote this chorus together for it, and that just made the whole song, so you never know.

Yeah, now it feels like the cornerstone of the song. So after you wrote all of the lyrics on the album, did you notice any overarching themes, even if you hadn’t planned them?

Definitely. There are a lot moments from my life in there, and I didn’t understand a lot of it until the song was done. Sometimes, I’ll be writing a melody and a phrase will just come out, and I don’t really get it, and then I come back and I’m like, Oh my god — that’s about this thing. I’ve heard a lot of artists say the same thing. That’s the magic quotient. It’s when you reveal yourself to yourself.

But thematically, it’s a lot about facing different sides of yourself and relationships, and how not everything is one-sided, but how sometimes a point of view, in a moment, could be one-sided. All my songs are about moments, and I wouldn’t say they define the relationship they’re about, because all relationships are so much more complex than that. But when you’re writing a pop song, sometimes you’re just distilling one emotion, or one moment, or one day, or one experience. You’re capturing that.

In general, that’s what art is to me: making something concrete out of something that’s totally ephemeral and transient — putting it in stone. 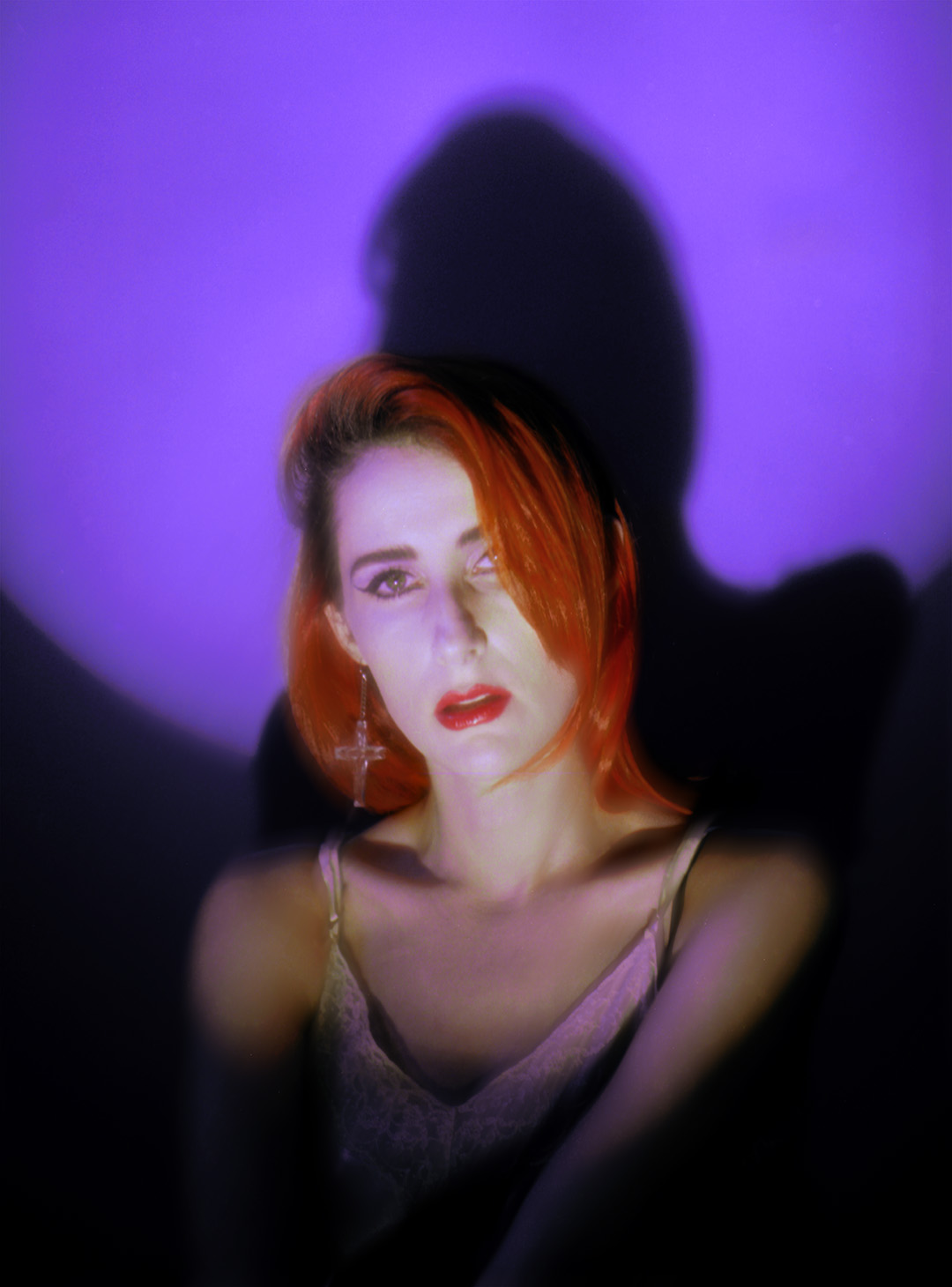 Yeah, and it’s a self-aware thing, too. There’s a song called “Victim Complex,” which is very clearly me trying to eliminate the problem in a relationship and call it out, which I think is healing. But there are also moments of me being like, Okay, it’s kind of funny that you feel that the whole world’s against you in this moment, so let’s go all the way and make a complete gothic martyr song. You know, in the video I’m hanging upside-down on a cross.

Self-empowerment also seems to be a big throughline.

Yeah, the whole record is that. It’s a way to heal. It’s my only way to heal. I don’t go to therapy, and I have chosen this way to process things that have happened to me. Whether or not I’m portraying them exactly as they were remains to be seen, but it’s okay because it’s art. It’s not an autobiography.

Over $1.4 Million in Marijuana Sold During First Month of Legal Sales in Maine