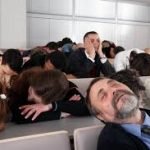 Let’s put this into perspective. Canberra (essentially all there is to the ACT) has an estimated population of  around 380,000 people. So we are talking about  legalization in somewhere with the population size of Nice (France) , Stoke on Trent (UK), Anaheim (CA) or Tampa (FL)

The independent Australia reports….The Bill that was set to legalise cannabis in the A.C.T. has been delayed after a referral to the Health Committee

The A.C.T. Cannabis Bill that was originally expected to pass in February this year has been referred to the Health Committee who are now conducting a formal inquiry into the Bill and all aspects of the proposed legislation.

As a result of the referral to the committee, the legislation has been delayed till at least mid-year, unlikely to pass any sooner than the July 2019 sitting period now.

This referral to the Health Committee was achieved through a combined vote of the A.C.T. Liberals and A.C.T. Greens, against the wishes of the Government. Labor has subsequently accused the Greens of wanting to delay the legislation.

When IA first looked at the Bill in February, all indications from the Bill’s author, MLA Michael Pettersson, were that it was going to pass quite quickly, warts and all.

On 13 February, the Canberra Times revealed that the Bill would be affected by a new Assembly rule that requires all amendments to any bill be automatically referred to committee, thus incurring a delay.

The Bill itself was then referred to the Health Committee on 20 February before any amendments could be tabled. When it reports back by June, at that point if no amendments are introduced, the legislation could then, in theory, pass.

However, more than likely, amendments will then delay any potential vote until the July sitting period instead, as they go through their shorter committee process.

The Shadow Attorney-General and A.C.T. Liberals MLA Jeremy Hanson said in an email the reason for moving to refer the Bill to the Health Committee and thus delaying its passage was because:

‘Evidence from experts including the AMA points to a five-fold increase in psychosis experienced by cannabis users. It is important that these issues and others are examined in detail to try and address the many flaws with the ALP’s plan to legalise cannabis.’

A.C.T. Greens MLA Shane Rattenbury had this to say on why they voted with the A.C.T. Liberals to refer the Bill to committee and Labor’s response to that:

So people have asked about what happened with this committee … given some of the questions about amendments, some of the debate that’s going on about household limits on numbers of plants and these sort of questions, committees are really good places to work those things out, you can look at issues in a bit of detail, you can take submissions from the public… and we saw the committee as a positive way to help get this Bill in shape and ready to pass and be as good a Bill as possible when it comes forward.”

(Quote from Facebook Q&A to the Australian Greens closed Facebook group Just Reform It!, used with permission from Shane’s staffer.)

As IA highlighted in our previous article on this Bill, there were some issues with the original drafting of it that needed to be addressed.

From the Just Reform It! Q&A, Shane Rattenbury also said:

We support the Bill, that said, once we sat down and looked at the technical details of it, we did have some ideas on how we could improve the Bill. We wanted to make some amendments, but I think they were what I’d like to call friendly amendments not hostile amendments. They’re designed to make the Bill work even better than was proposed in the form that it came forward.

Read the rest of the report