Subcool hides behind dark glasses, with fingers full of rings, his tatoos, and a goatee, always under that infinite collection of hats. A man with a look in-between Jack Sparrow and a fallen angel, whose labour in cannabis scene makes him someone we can’t stop complimenting: a true alive legend of green world.

Where does this guy come from?

Subcool, the man we can only call by his nickname, defines himself as a weed nerd, and it is not for less. Disciple of people like A/B Hyb, Grimm Brothers or Vic High; he has been growing for more than 30 years, and since then he has collected hundreds of strains.

As every good rogue, he begun smoking, and appeared in scene after growing some plants and smuggling a bit. If police had let him alone – as he said in an interview-, probably he would still be in Florida, taking care of his plants, drugged-up of oxycodone without any goal in life. But they did -is said this breeder put a step in jail related to cannabis growing- and that was his inflection point. When he went out of jail, he quit from pills, treated his dolences with cannabis and headed to the West Coast, with plenty of goals, and with a new horizon: The cannabis justice. 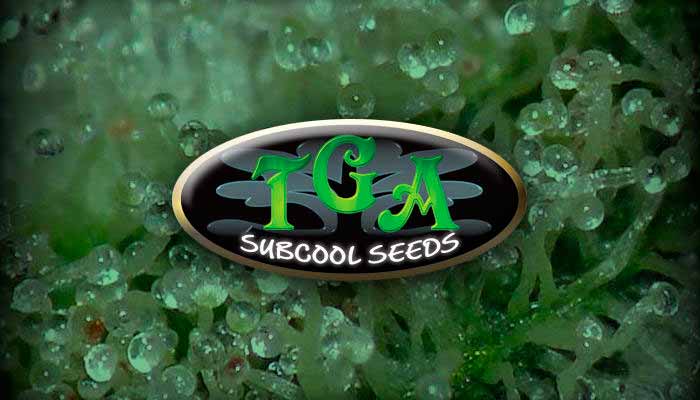 The first aroma and taste he improved was the lemony of Jacks Cleaner. Then the grape, cherry, orange, and chocolate… The crew freaked out with those strains with different taste and explosive buzzes. Subcool and his team started to sell those seeds, and the concern of sharing genetics made the rest.
In 2001, after many years of experience, active activism and tips sharing through online forums, Subcool founded together with his wife MZJill, a team of medicinal growers, the TGA Genetics seedbank. TGA was born with the hope of outstanding with a clear philosophy: “Open source breeding”; which is based in an information and learnings share, with medicinal growers from all around the globe, focussing in genetics and not in business. “Our main target when breeding a new strain is combining the characteristics of the parentals used, or reproduce as much as possible a unique phenotype, with the goal of sharing it with medical cannabis community”.

Nowadays Subcool has a hat for each day of the week. He hasn’t stopped working for years, running around USA, Canada and Europe, disseminating he’s cannabis knowledge; he made collaborations with High Times, Skunk, treating Yourself, Heads, Weed World or West Coast Magazine; he introduced to many Cannabis Cups; has developed more than 30 strains; published two books: Dank and Dank 2.0, with impressive photography collections and history of his cannabis strains; and since 8 years ago we can follow him and his Weed Nerds in a youtube channel. 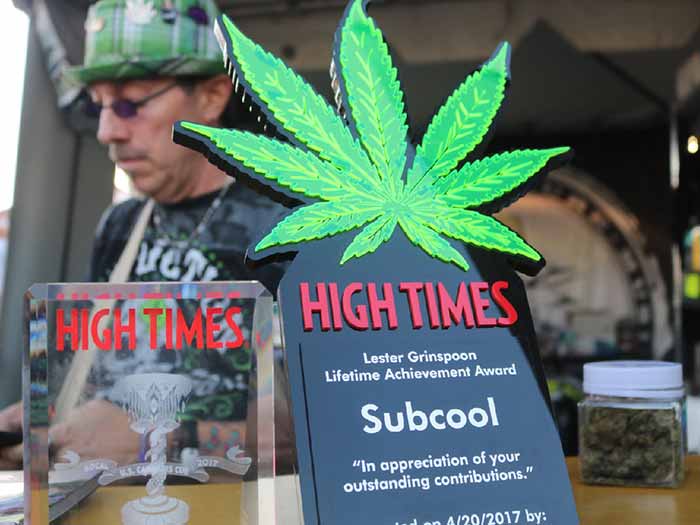 TGA seeds are organic, regular, and widely medicinal. Known for being aromatic, tasty and resinous. In addition, TGA is proud of releasing only “elite cannabis strains”, discarding many strains on the way, for non reaching their quality standards.

Jack The Ripper is their flagship. It toke more than a decade to get its definitive version, but as soon as it was released, it started to collect awards. This strain overstands for its lemon taste and its high content of THCV, a cannabinoid known for its many medicinal properties.
Other known strains from their catalogue like Agent Orange, a true anti-depressive, with a deep orange taste, and powerful psychedelic and medicinal effects; Qleaner, a extremely resinous strain, with extraordinary taste and flavor; JillyBean, able to produce large buds that set tokers in a continuous happiness, with a mango sweet taste, citrus and apples; or Vortex, a Space Queen x Apolo 13 crossing, winner of the Best Sativa award at High Times 2010, with a sweet and tropical taste, and its high THC content. 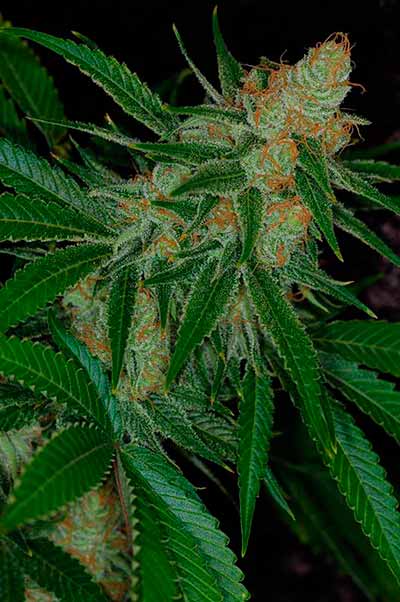 About 6 years ago Subcool was diagnosed with a chronic illness called Alpha-1. It is a genetic condition that strongly affects his lungs, producing breathing difficulties. Now that he can enjoy cannabis as he previously did (as this illness deters smoking and be surrounded by smokers) Sub explores new ways of consuming, and in his videos and articles we can find very interesting techniques and materials to make your own capsules, oils and alternative consumption methods, besides some medicinal cannabis tips.
In parallel, seems his new condition not only inspired him to help people in similar conditions, he and his Weed Nerds also raised funds for children facing complicated or expensive surgeries. One of those is Katrina Flowergaden case, a child affected by leukemia, who they helped face the cost of the treatment.

He has never been a scientific, nor a genetist. In fact, as he explained once in the International Cannabis and Hemp Exposition, in school he didn’t pass 9th grade. Even though, seen what we’ve seen, he doesn’t need it. He learnt, persisted, and focussed in cannabis full time, and today he is the first of the class. For him genetics are important, but methodology is even more important. That’s why from SantYerbasi we aim you to check his videos, where he explains techniques like topping, seed production, or his organic mix also called Super Soil.

Last summer Subcool suffered, as many others, the terrible fires that burned California. Since that day, as a phoenix reborn from its ashes, has come back stronger than ever, founding a new company: Subcool’s The Dank. Under this name he is now sourcing not only cannabis strains to cannabis users, he also produces the most appreciated flowers to Arizona tokers, and some of the top quality cannabis derived products in market.

Loved by some, and hated by others, from SantYerbasi we can only admire this breeder, and send him kind words for his work: Long Life to The Weed Nerd!

If you thought this article was interesting maybe the you are also interested in the following ones: