According to a new study titled Recreational Marijuana Legalization and Adolescent Use of Marijuana, Tobacco, and Alcohol, state laws that legalize, tax and regulate recreational marijuana use for adults is not associated with an increase in marijuana use by young people. The study was published in the Journal of Adolescent Health, and epublushed by the National Institute of Health.

For the study researchers examined marijuana use data from a nationally representative sample of more than one-million high-school students: The sample was spread over an 18-year period. 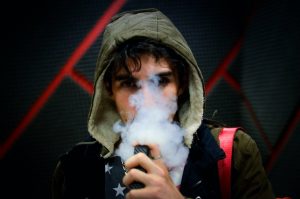 There is “no evidence that RML [recreational marijuana legalization] was associated with [an] increased likelihood or level of marijuana use among adolescents”, states the study. “Rather, among adolescents who reported any use of marijuana in the past month, the frequency of use declined by 16 percent after RML.”

Hearing about the findings, NORML’s Deputy Director Paul Armentano said, “These add to the growing body of scientific literature showing that legalization policies can be implemented in a manner that provides access for adults while simultaneously limiting youth access and misuse. Furthermore, these findings stand in sharp contrast to the sensational claims often made by legalization opponents, claims that thus far have proven to be baseless.”

According to a 2019 study published in JAMA Pediatrics “[M]arijuana use among youth may actually decline after legalization for recreational purposes. This latter result is consistent … with the argument that it is more difficult for teenagers to obtain marijuana as drug dealers are replaced by licensed dispensaries that require proof of age.”

The full abstract of the study states:

Purpose: Given the rapid expansion of recreational marijuana legalization (RML) polices, it is essential to assess whether such policies are associated with shifts in the use of marijuana and other substances, particularly for adolescents, who are uniquely susceptible to negative repercussions of marijuana use. This analysis seeks to provide greater generalizability, specificity, and methodological rigor than limited prior evidence.

Results: Controlling for other state substance policies, year and state fixed effects, and adolescent demographic characteristics, models found that RML was not associated with a significant shift in the likelihood of marijuana use but predicted a small significant decline in the level of marijuana use among users (incidence rate ratio = .844, 95% confidence interval [.720-.989]) and a small increase in the likelihood of any e-cigarette use (odds ratio of zero use = .647, 95% confidence interval [.515-.812]). Patterns did not vary over adolescent age or sex, with minimal differences across racial/ethnic groups.

Conclusions: Results suggest minimal short-term effects of RML on adolescent substance use, with small declines in marijuana use and increase in the likelihood of any e-cigarette use. Given the delayed rollout of commercial marijuana sales in RML states and rapid expansion of RML policies, ongoing assessment of the consequences for adolescent substance use and related health and behavioral repercussions is essential.