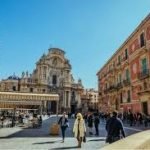 El Diario reports..A ruling in Murcia (Spain) establishes that the consistories do not have powers to fine for possession of drugs on public roads unless they have been delegated

Relevant judgment around cannabis. The court of administrative litigation No. 5 of Murcia has issued a judgment, only appealable before the Constitutional Court, which establishes that the City Council of Yecla has no powers to process sanctions for this matter. This opens the door to annul thousands of fines for possession of drugs on public roads in the last four years imposed by municipalities.

The case concerns a specific fine  – of 10,401 euros for repeated possession of cannabis in the street – placed on a resident of this Murcia town, but the lawyer who has taken the trial, Francisco Azorín, explains that it goes much further. “This sentence serves to revoke all sanctions for possession or consumption of drugs imposed in most municipalities in Spain,” he says.

And, in an unexpected turn, everything is thanks to the reviled Gag Law. “Since the entry into force of Law 4/2015 on the Protection of Public Safety [the aforementioned gag] there are many municipalities that sanction the possession of narcotic drugs,” explains Azorín. “However, most of them do not have competences in the matter as required by this law. It was clearer in the previous Law on Citizen Security [known as the Corcuera law]. Therefore, all those who request it may benefit from the revocation procedure of null and void acts provided they do so before the four years after the firmness of the sanction “.

The ruling goes on to explain that municipalities do not have by default the powers to sanction for issues related to the possession of drugs  on public roads and that they must have been specifically granted by regional governments. According to Azorín, most have not done so and therefore the fines they impose are void, although the process will not be automatic. But now there is a precedent. Only the Government Delegation in each autonomous community can sanction, according to the lawyer.

But the vast majority of the consistories that have local police process fines for drug possession. The city of Madrid, for example, imposed last year 13% more complaints for consumption than the previous one (from 2,480 to 2,799, according to municipal sources) and 27% more for tenure, for a total of 8,603.

Azorín explains that to request the nullity of the sanctions, it is necessary to present a Procedure for the Revocation of Null Acts of Full Right due to the incompetence of the sanctioning body before the city council, which will probably reject it because it is a sentence that concerns Murcia. In that case, we would have to go to the administrative dispute.

Although the gag law is best known for limiting the right to demonstration or punishing disrespect to law enforcement officials, it is in the possession of drugs where it is most noticeable. Since its approval, 157,694 sanctions have been placed in 2017 and 177,199 in 2018, according to the statistical yearbook of the Ministry of Interior. An average of 485 a day comes out and 99.6% of them are due, according to the same source, to the possession and consumption of drugs in the street, cannabis being the most common substance.

Cannabis moves in a kind of limbo in Spain. Consuming it in your own home is allowed, just like planting it in small quantities. But not transport it on the street (or consume it), and there come most of the fines, administrative in nature as long as they are small amounts.