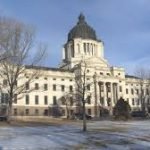 The House overwhelming supported House Bill 1212 to set aside $10,000 to create an industrial hemp licensing program. House members didn’t debate the bill before passing it in a 58-11 vote on Tuesday.

The bill now goes to the Senate for consideration. If the bill to legalize industrial hemp in South Dakota fails this session, the funding bill will be tabled, said bill sponsor Rep. Oren Lesmeister, D-Parade.

The proposal to legalize industrial hemp in South Dakota is before the Legislature this session after the 2018 Farm Bill legalized it on a federal level late last year.

The Senate Agriculture and Natural Resources Committee is expected to vote on House Bill 1191 to legalize industrial hemp in South Dakota on Thursday morning. If House Bill 1191 passes, hemp production will become legal on July 1.

However, if it’s legalized this year, Lesmeister said he doesn’t expect industrial hemp to be grown in South Dakota until 2020 at the earliest because it will take time to implement the necessary state programs to license and oversee hemp production.

House Bill 1191 has already received overwhelming support in the House, but Gov. Kristi Noem is opposed.

The newly-elected governor has repeatedly asked the Legislature to hold off on legalizing industrial hemp this session, arguing that it will be “opening the door” to legalized marijuana in South Dakota.