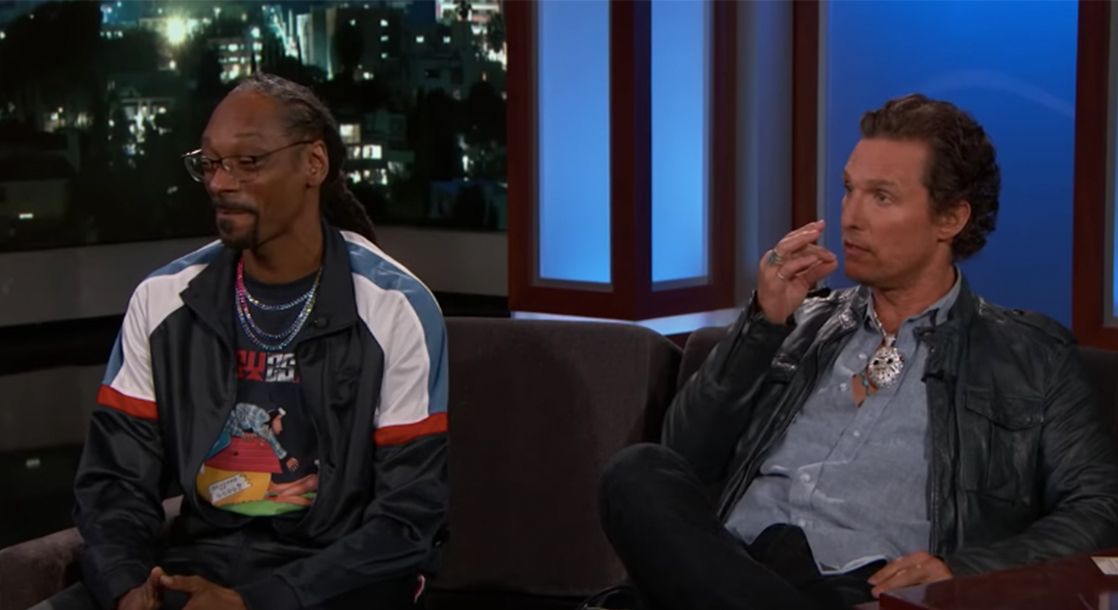 “How did you meet? How did all this get started?” Kimmel asked. After the two actors seemed stumped by such a simple question, the host said, “You don’t remember?”

“Nah, I don’t, man,” Snoop quipped with a grin. “And I don’t want to remember!” But then the Doggfather regained his composure.

After the audience cooed with a collective aww, Kimmel agreed.

“It’s like bongs and bongos came together,” the host said, referencing a 1999 incident when McConaughey was arrested for banging bongos too loudly while blazed and buck naked.

The on-screen tokefest in The Beach Bum wasn’t all acting, either. The pair recounted one story where McConaughey mistook a real blunt for a fake one rolled with oregano.

“In all fairness,” Kimmel said, “He did ask for the oregano.”

Later in the segment, Kimmel and The Beach Bum duo discussed Jimmy Buffet’s guest appearance in the film, making music for the movie, and rumors regarding Snoop’s biopic. Catch the full interview below.