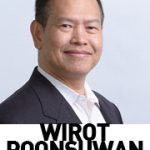 n Tuesday, the new cannabis law became effective – solid and real, and much earlier than expected.

Coming with the overwhelming support of nearly all sectors of Thai society, the actual law we got is nothing less than the framework for a new, powerful and ambitious movement to launch cannabis as a great economic crop to make a name for Thailand on the world market.

The only thing to wait for now are the regulations implementing the law; eight of them are being diligently drafted by the Public Health Ministry for release as soon as next month – meaning all eyes are enthusiastically focused on the ministry.

Once those are out, people can start filing their applications for FDA licenses to produce, sell, import, export and possess cannabis for medical use. Beyond that? A close look finds a law cleverly constructed to support future expansion beyond the initial rollout through strategically placed loopholes.

Illustrating the law’s true ambition is its inclusion of hemp, a key ingredient in consumer products widely marketed in China, the United States and Europe. Taken with the restrictions on foreign ownership of cannabis companies built into the law, this showcases the grandiose intent of the legislators to eventually commercialize cannabis for local consumption and exports beyond the initial medicinal, educational and research purposes to better the lives of Thai farmers.

A New Cash Crop is Born

Everyone knows how strict China is on illicit drugs and how severely it punishes violators. Even though cannabidiol and tetrahydrocannabinol – CBD and THC, cannabis’ key chemical compounds – are illegal there, China also happens to be the world’s largest supplier of hemp and related products. Hemp tonic water, hemp milk, and hemp beer are perfectly legal consumer goods in that vast country. China is smart: It bans the psychoactive THC and CBD of marijuana but permits minimal-CBD hemp as food.

Who knows? Might Thai legislators have looked up to China as a model of business for rural folks –  modernized by 21st century industry, trade and technology – to export hemp products globally to compete with China itself?

The term “cannabis” in the new law, in a low-profile manner, is written to include hemp (scientific name: cannabis sativa L. subsp. sativa), a non-psychoactive plant. Hemp contains a very low (0.3 percent) level of psychoactive THC, compared to the 35 percent found in marijuana — though both are from the same family of Cannabaceae.

Hemp and marijuana are treated identically by the law.

Those who wrote the law avoided making overt references to future commercial opportunities, likely out of a realpolitik calculation that focusing on its loftier goals would smooth passage in the parliament. But monetization is certainly the ultimate goal; the law’s narrower medical and educational objectives are believed only to be interim.

When all that R&D has led to wonderful products and effective medicinal treatments, what’s the point without making them available through market systems? Why did farmers begin growing massive fields of the stuff without those very markets to supply?

At first glance, those questions are not directly answered by the law. It contains no provisions related directly to the commercialization of cannabis or its production on an industrial basis. All you come across are references to medicinal use, education, agricultural groups … all the noble, nonprofit, high purposes of the law.

Those of lower intent want to know: How do they cash in?

Understandably, if the legislators had commercialized the law from the beginning, it might not have passed the parliament due to the social stigma marijuana has accumulated in the 80 years it has been branded a social ill. The initial opposition to legalization was once insurmountable.

But in recent months, as the March 24 election hurdles nearer, the opposition simply collapsed. What emerged is a new, powerful and ambitious movement to launch cannabis as a great economic crop to make a name for Thailand in the world market, just as we have established ourselves firmly with Thai rice.

The Future’s in the Fine Print

There are seven types of applicants qualified to seek cannabis licenses from the Food and Drug Administration. None are cannabis companies who wish to launch businesses related to the plant.

But the seventh type of applicant is left an undefined blank for now.

The power to fill in that blank belongs to the Public Health Ministry. The ministry will be able to specify what it is in a future regulation with the prior approval of the NCB. This seventh type has a wide possibility to include commercial players.

It is anticipated that during the law’s initial stage, applicants for FDA licenses will be limited to the six applicant types; cannabis-related enterprises will not be able to apply until such a time that Thai society is deemed ready for commercialization of cannabis beyond pharmaceuticals.

The eight ministerial regulations and announcements coming soon might focus on the practicability of the six applicants to apply for FDA licenses, prescribing application forms and supporting documents, while omitting cannabis for now.

Green Acres Just Over the Horizon

The vision of the Thai government indeed sees optimization of farmland through farmers banding together to rent expansive collections of agricultural plots to large agro-industrial companies who, with economy of scale, will turn those large tracts into modern production hubs feeding factories for local and global markets. At the same time, the farmers will earn a second income as employees of the company working on the farm.

This advanced marketing thinking bodes well for Thai cannabis industry in the long run. It will happen!

Critics from the Western world even go so far as dismissing such glass-housed labs in a tropical country like Thailand as unachievable.

Eventually, one can picture a mix: vast cannabis plantations surrounding some glass houses situated in the same compound as a factory manufacturing pharmaceuticals, foodstuffs, beverages or cosmetics.

Quite a few people here have already started fantasizing about global food and drug giants from Canada, the United States, China, the United Kingdom, Australia, and Europe coming to invest in cannabis production in Thailand. Deciphering the cryptic code in the new legislation, that daydream is not far from reality.

Wirot Poonsuwan is Senior Counsel and Head of Special Projects at Blumenthal Richter & Sumet in Bangkok and can be reached at wirot@brslawyers.com.