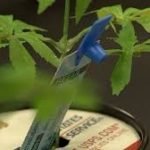 Washington State passed Initiative 502, the legalization of adult use Cannabis, in November of 2012.

In early 2013, Congress began work on the framework of the state’s regulatory system. One very important component of which were the regulations involving and governing traceability.

Tracebility was and is the tracking of Cannabis and Cannabis-infused items and products from “seed to sale”, as directed to Washington and Colorado per the Cole Memo issued in August 2013.

In Washington State, a contract for traceability, such a critical part of Cannabis regulation, was awarded to BioTrack, a company already experienced across the US in tracking the movements of pharmaceutical products, seemingly a solid choice.

In July of 2014, the first retail stores opened in Washington State. My store, Cannabis Central, was in the third flight of stores to open in August of 2014. BioTrack showed itself, initially, in my opinion, to be a capable system.

It was a traceability system first and foremost and from my perspective, it was ok in this realm. In the first few months, as more stores opened and more and more business was taking place, the BioTrack imperfections and quirks began to show themselves.

For example, the State required barcodes on all packages and this barcode was obviously assigned to groups or “lots” of inventory. We would find that occasionally, a “lot” would disappear from the ready for sale portion of our cash register computers. We would scan a barcode on a package of cannabis and the computer would indicate zero available for sale when we knew there was product hanging on the pegs behind us.

In my simple, non technical way, I’ll try to explain. Basically, what happened is that electronically at least the barcode or the “lot” we are discussing would in effect be pushed back into the “warehouse” and we would have to find it and bring it back up to the retail space and show it as ready for sale.

I always described BioTrack and these little idiosyncrasies as kind of like your first car; the right rear window didn’t work and the gas gauge showed 1/4 tank but it was really empty.

You learned to live with these little things and you made it work. And it forced me as an owner to roll up my sleeves and go to work to solve the problem(s). Things don’t always work flawlessly and BioTrack was no different but rather than complaining, we set about to dive in and learn as much as possible about BioTrack.

We became BioTrack experts compared to most other retail stores. And when we did need help, we called, talked respectfully and asked for help. Many of my cohorts would call and immediately begin the conversation by yelling and shouting obscenities at the person on the other end of the phone. Not the recommended way to ask for and actually expect help from the person on the receiving end of this call.

Over time, many licensees complained about BioTrack so the State in calendar year 2016 decided to put the traceability contract for fiscal year 2017 out to bid.

There is actually a huge back story here in that the State attempted, in a rather clumsy fashion, to communicate the problems and difficulties licensees were having with BioTrack in an attempt to encourage them to make changes in their approach so they could keep the contract. BioTrack did not respond well to the situation and in effect stopped trying to appease and correct and basically said to the State, “Go ahead and take Leaf. You will be sorry”. Not a very mature attitude to say the least but given the fact so many were so awful to BioTrack when problems arose, it is really no wonder they adopted this stance.

So, we soon had Leaf as our primary traceability Statewide contract holder. It did not take long for problems to begin.

The roll out and transition to Leaf was to have begun in October of 2017. However, due to a multitude of difficulties, this transition was not completed until February 2018. It was definitely an indication of difficulties to follow and they did. As for me, I have stuck with BioTrack in my individual store and my problems have been greatly minimized as compared to others.

The problems at the State level with Leaf are similar to those described earlier in this article except these blips and disappearances are at the State level and may have resulted in an inaccurate accounting of sales and therefore excise tax collected and income tax paid.

The fact that these happenings have occurred is beyond question. The potential under reporting of sales may have resulted in an underpayment of excise taxes and sales taxes to the State Department of Revenue, and perhaps even underpayment of Federal income taxes.

We must remember Cannabis cultivation, processing and retail sale are all still technically violations of Federal law. If Leaf has not been effective in monitoring and accurately tracking all movement of all 502 licensees’ products at all times and under any and all circumstances, Washington State cannot claim to be following the letter and the spirit of the Cole Memo.

The fact is we don’t know all that we don’t know. Biotrack’s problems, while frustrating and programmatic to be sure, did not create difficulties outside the effected business. In other words, when we ran into a situation that needed to be remedied, the problem was not extended into the Statewide system. Cannabis Central could not retail what we did not own “electronically”, so the problem was stopped in it’s tracks until we fixed the issue. In the case of Leaf, since this IS now the Statewide system, the potential problems are much larger.

The State of Washington, 502 licensees, BioTrack and Leaf have all had a part in the creation of this potential fiasco.

Traceability is the very cornerstone of legal Cannabis at this time in the US. If the credibility and confidence in our system is in any way compromised, then our 502 system as a whole is in peril. There are literally millions of citizens who are at best uncomfortable with the legalization and normalization of Cannabis in our society.

We are trying desperately, with State legalization, to eradicate the illicit marijuana market; this is one of our major goals in the hope it will reduce access to minors. If this Leaf traceability system is as flawed as it appears to be, we cannot be sure product isn’t slipping “out the back door” and by extension we will have difficulty convincing naysayers as to our credibility as an industry.

If the system cannot be trusted to absolutely guarantee Cannabis will be truly tracked and monitored from “seed to sale”, we cannot win over non believers. In fact, we will expose ourselves to greater scrutiny by the Feds or even be told to shut down until we can guarantee the system is reliable.

BioTrack was far from perfect, but Leaf has been a Statewide disappointment and it’s flaws and problems threaten our 502 system as a whole and none of us can tolerate that. 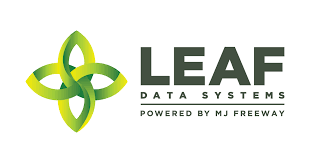 We also received this interesting page alert – why would they do this ?

Ever wonder how LSD works? UNC School of Medicine researchers say they know the answer

Ever wonder how LSD works? UNC School of Medicine researchers say they know the...