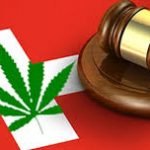 U.S. cannabis company Australis called off its reverse merger with Colorado-based CBD wholesale company, Folium Biosciences, this month stating their due diligence found new information that made them want to back-out of the deal. Australis ($AUSA) didn’t explain in the press release what that new information was but Cannabis Law Report reviewed private communication from an Aurora board member that said Australis parent company, Aurora, was alarmed at Folium’s recent massive layoffs and their was real concern that the accusations in one of the former employee’s lawsuit, filed in Federal court, against Folium could lead to “catastrophic loss”.

This week CLR learned U.S. regulator, the Securities and Exchange Commission, is in the early stages of an investigation into Folium’s membership structure and distribution payments made by its executives Kashif Shan and Quan Nguyen along with Folium’s role with Australis and have began interviewing people familiar with Folium. Folium’s attorney Perry Sanders says he isn’t aware of any SEC investigation. The SEC usually builds their case based on whistleblower witnesses and then formally subpoenas the company. Since Folium is not a public company securities rules will not require the company to announce a government investigation.

Additionally, Cannabis Law Report obtained copies of Folium’s 2019 accounting which showed payments were made to Australis’ CEO Scott Dowty’s family and friends starting in May 2019.

Kashif Shan started Folium in 2015 after he left a questionable real estate career in Northern California and moved to Colorado Springs. Folium, who uses the llc name Whole Hemp Company, was financed by investments from private individuals and a few family funds, according to Folium’s records. Each member has a % of membership interest which pays a distribution off the financial success of the company. Some of Folium’s senior staff were also given membership interest as compensation for joining the company, according to internal documents reviewed by CLR. Kashif Shan (who goes by Kash) says he put his own money into starting the company even though he filed for chapter 7 personal bankruptcy during the financial crisis.

Shan has been accused in civil lawsuits as ‘cherry picking’ which members got financial distributions and not following the operating agreement for some investors. The amount of the payments and regularity of when members got them appear to follow of pattern of Folium’s CEO rewarding people who did his bidding or were loyal to him.

Folium’s records show former general counsel Craig Brand got around $200k a month. Brand says the payments were for sweat equity and and he didn’t always take a salary, which is normal for senior executives in start-up companies. What was surprising is why a sales guy who knew Folium’s CEO from his Northern California real estate deals, Chris Toy, was getting around $80,000 a month in membership interest distributions. Toy was on the low end of sales production of the senior sales guys. The amount of membership interest he was given was often questioned by other members of the senior sales team that spoke with CLR. There were also one off distribution payments to people like Shan’s former real estate partner Thang ‘Eric’ Lieu in California who also declared bankruptcy with Shan when their real estate company, Adian West Financial, failed and they were sued for fraudulent conveyance in the bankruptcy by the trustee. Shan had Lieu on the Folium payroll at one point but it’s unclear what he actually did.

Australis was the first and only investment Folium took from a publicly traded company for around $3 million in the beginning of 2019. Kash had a plan to sell the company to Aurora and often told his staff he thought he could get at least $800 million for it and likely more. But then things changed. According to notes from a private investor call this month with Scott Dowty and a Canadian representing a group of Australis investors, Dowty explained that as more competition came into the wholesale CBD market in the last year that companies weren’t willing to pay Kash what he thought he could get. Dowty said all Folium was interested in was cash and they wanted a lot up front to sell the business. But in the end Dowty said he convinced them into a reverse merger with stock as payment was their best deal and at a Cannabis conference in Las Vegas they announced the deal with barely any details who would run the company.

Scott Dowty has had a professional relationship with Folium for at least a year but admitted in an interview with CLR that Australis didn’t do a lot of deep due diligence when they made the first $3 million investment.

CLR has previously reported on a questionable press release that appeared to drive up the price of Australis stock in April after Australis made the investment in Folium a few months before. The press release, written by Folium, highlighted Dowty and his team’s work with Folium to create Folium Finance, which would provide non-bank loans and merchant services to cannabis companies doing business with Folium. But as previously reported people inside of Folium who created the program said Australis had nothing to do with building out the Folium Finance program; making the press release written by Folium misleading. This could be one of the actions the SEC is looking at.

An SEC investigation doesn’t always equal charges will be brought.

A review of Folium’s accounting records leaked to Cannabis Law Report and verified as authentic show beginning on May 30th 2019 Scott’s brother, Corbin Dowty, a Canadian dentist, received a check for $13,875. The same day another one of Scott’s family members, Lianne Dowty, was issued a check for $9,125. Also there is a check written to A.Carlotti for $1,250. Mike Carlotti was the Australis CFO who recently left the company. The payments to Corbin Dowty continued in July. CLR reached one of Folium’s attorneys, Perry Sanders, and asked them to explain the payments. Attorney Sanders said Folium claims all payments to the Dowty family were proper but wouldn’t expand further on why they got them.

Australis was more transparent about the deal the with Cannabis Law Report. Dowty explained to CLR in a phone interview, on Tuesday evening, that after his company’s initial investment he asked his board if his friends and family could invest in Folium when the board would not approve a further investment by Australis. Dowty said the board knew about his family investing but the company did not disclose the friends and family investment in filings with the CSE because it is not required by Canadian securities laws. Of the half a dozen friends and family invested at least one did not get equal distribution payments, according to Folium accounting records reviewed by CLR and Dowty confirmed this.

Scott Dowty has been CEO of Australis since June 2018 when Canadian cannabis company Aurora put him in charge to spin off their U.S. based cannabis asset investments. Dowty lives in Las Vegas. Australis is an investment company which trades on The CSE and the OTC Markets. The company halted trading in the stock when it announced the upcoming merger with Folium in December; a practice that is common with Canadian listed companies when material news announcements are made. At the time of the merger announcement Dowty called the deal with Folium as “transformative”. But after looking under Folium’s kimono he’s changed his tune. Trading on the CSE just resumed and the company is waiting for the OTC Markets to approve trading again. The stock hasn’t traded above one dollar since it become public.

Even with the merger called off and Shan’s exit strategy squashed, Folium is still on a public relations campaign and spent money making a video about the company while they were laying off a significant portion of their staff. The video highlights a new CBD facility they spent millions on building in a poor part of Colorado called Pueblo West. But according to staff who recently left Folium the facility isn’t really being used yet. Cannabis Law Report previously reported on Folium violating safety and building regulations which included the storage of dangerous chemicals and was fined for it. Additionally, the Colorado Springs Fire Department told CLR that Folium had violated a cease and desist order when the fire department shut them down for a lack of following regulations and they tried to serve Kash Shan with a warrant for the violations.

The Folium promotion video talks about how Folium sells Zero % THC in their CBD products but CLR has previously reported based on interviews with staff who worked in the lab that this isn’t always true. Additionally, the video talks about how Folium extracts the THC and then disposes of it but according to a staff member Folium hasn’t had the required licences to dispose of the THC.

Since litigation by former employees began this summer and CLR ran a series of investigative stories on alleged serious problems with company management and its products Folium has seen a drop in customers. It’s unclear if this is also because of increased competition and lower wholesale prices. Some of the accusation in court filings say Folium has also transported hot hemp and and used hot hemp it bought from an out of state farm to create their products. Transporting hot hemp or pot across state lines is a federal crime. Folium had denied in court filings they ever did this.

Cannabis Law Report found a series of settlement payments made in 2019, scheduled at $10,000 a month over 12 months, made to one of Folium’s assistant director of grow operations, who recently left the company, named Craig Neal. Folium’s accounting records say the payment was at the direction of co-founder Quan Nguyen. Neal is still involved in the cannabis business but moved to Oregano. He refused to speak with CLR about the details of the settlement but people who previously worked with him suggested to CLR Neal could have been aware of how hot hemp seed was used.

Folium states in marketing material that they are a vertically integrated CBD company meaning they grow their hemp, extract it into CBD, and sell it. But Folium’s 2019 accounting records reviewed by CLR show multiple payments for biomass to other farms. Folium has also received complaints from customers about metal in their product because it’s believed they use pesticides that are not allowed by regulations.