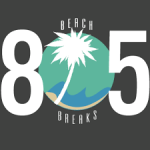 In a news release, the Sheriff’s department said a search warrant was served to 805 Beach Breaks in Grover Beach at 8:30 a.m.; upon arrival, the county’s Cannabis Compliance Team seized marijuana from an illegal operation in Los Alamos as well as related records, according to the release.

805 Beach Breaks is one of two licensed and operating marijuana dispensaries in Grover Beach. The store was the first in SLO County to open as a legal cannabis adult use business.

According to the Santa Barbara County Sheriff’s Office release, the team also served a warrant to an undisclosed location in Los Alamos Thursday morning, where investigators found “the largest marijuana growing operation they have investigated since the team formed in June of 2018.”