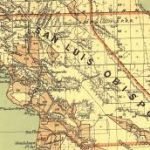 KCBX FM reports……….In an about-face vote from exactly one year ago, San Luis Obispo County officials enacted a temporary ban this week on new industrial hemp production. The ban will be in effect for at least 45 days.

Until the urgency moratorium is lifted, farmers who have not completed the application process will not be able to plant legally and will miss out on this growing season. The county’s board of supervisors has the ability to extend the ban for up to two years while it prepares a permanent ordinance that will either prohibit hemp production or regulate where it can occur.

For hours on Tuesday, the board listened to farmers planning to grow hemp crops. Many of these farmers said they had already made investments and the decision to ban new hemp grows would be devastating to them financially.

The vote was four to one in favor of the urgency moratorium. Supervisor Bruce Gibson was the only one in opposition.

Brent Burchett, executive director of the San Luis Obispo County Farm Bureau, said the decision was unfair, and a missed opportunity for the county.

“What a terrible way to make government policy,” Burchett said. “Make no mistake about it, a vote in favor of this urgency ordinance is a ban on industrial hemp in this county for at least one year. There’s nothing that we don’t know today that we’ll know 45 days from now.”