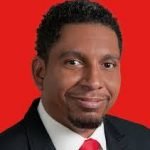 Saint Vincent and the Grenadines is targeting increased foreign investment in the country’s fledgling medical cannabis industry in an effort to diversify its economy away from its weak exports of traditional crops and goods.

The announcement, which was made as a part of the unveiling of the country’s National Budget last week, comes after investments in the cannabis industry generated US $5.2 million in tax revenue and licensing fees in 2019, far outpacing the US $1.8 million projected after the legalization of cannabis cultivation and sales for medicinal purposes in December 2018.

However, the move to attract investment to the island’s “well-regulated, export-oriented medicinal cannabis industry” faces a major hurdle according to Camillo Gonsalves, the country’s Minister of Finance: existing federal banking regulations in the United States that bar financial institutions from providing services to cannabis companies. This extends to banks, such as those in the Caribbean, that, as a result of their correspondent banking relationships with the US, are restricted when it comes to cannabis.

“The reluctance to immediately accept all fees is due to caution on the part of the [Medicinal Cannabis Authority] and the local banking sector about potentially jeopardizing our fragile correspondent banking relations, particularly when dealing with cannabis companies that have American directors or board members,” Gonsalves said to members of parliament during the budget address.

Gonsalves added that the restrictions are untenable and the country’s banks are “currently consulting with their correspondent banks and attorneys about the most efficacious ways to process and accept these fees, as well as the day-to-day transactions that will increase as the industry matures.”