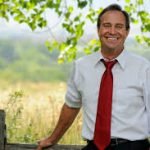 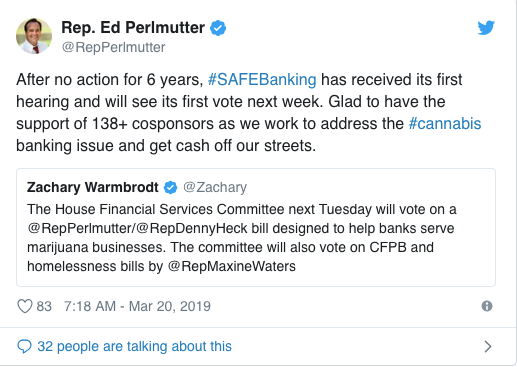 “For six years, Congress has failed to act on the issue of cannabis banking, putting thousands of employees, businesses and communities at risk,” Perlmutter said in a statement emailed to Marijuana Moment. “However, the issue is finally receiving the attention it deserves with the first-ever congressional hearing and now a scheduled committee vote.”

‘Among the cosponsors is the chair of the committee herself, Rep. Maxine Waters (D-CA), who spoke about addressing banking issues in the cannabis industry shortly before assuming the position. Judiciary Committee Chairman Jerrold Nadler (D-NY) and Rules Committee Chairman Jim McGovern (D-MA), have also signed onto the legislation—demonstrating its support among powerful Democratic leaders of the House.

First Congressional Marijuana Vote Of 2019 Officially Scheduled For Next Week