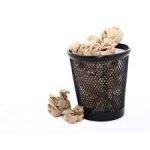 A bill filed by state Reps. Carlos Guillermo Smith and Michael Grieco that sought to legalize recreational cannabis in Florida died in the state House.

HB 1117, which was filed in late February, received neither a hearing nor a vote. The legislation would have allowed adults age 21 and older to “use, possess and transport” up to 2.5 ounces of marijuana and accessories. It would have also allowed people to possess, grow and cultivate up to six cannabis plants, including seedlings, and possess the cannabis product produced by their own personal plants.

Not stopping there, the bill would have created a system in which establishments could manufacture and sell the product, while providing limits on the number of recreational dispensaries.

As has been the case for the implementation of other cannabis-related measures, had the bill received support, cities would have been allowed to enact limits or ban recreational dispensaries as they wished.

We presume at the moment it’s consigned to wastepaper bins until sponsors  re-present or try with a new bill.