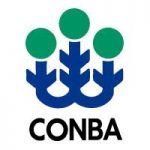 A Chinese pharmaceutical company has been given the go-ahead to grow cannabis in Yunnan province.

On February 20, an announcement by Conba Group revealed that three subsidiaries under the parent company have received authorization to grow cannabis for industrial use in the Southwest province, sending the company’s stock price surging immediately following the news.

It’s no secret marijuana is still strictly prohibited in China, with severe punishments for smuggling, selling, transporting and manufacturing. But, in Article 2 of the Anti-Drug Law of the People’s Republic of China, the law states, “To meet the need of medical treatment, teaching or research, narcotic or psychotropic substances may be manufactured, marked, used, stored or transported in accordance with law.”

In the company’s press release, Conba Group wrote, “Yunnan is currently the only legal province to allow and supervise the planting and processing of hemp, and is the most suitable area in the country to grow cannabis, which contains a variety of resources ideal for industry that you can’t find elsewhere in China.”

The Conba marijuana plantations will cover a total area of 16 square kilometers, where they’ll grow a locally cultivated seed called Yunma qihao (云麻七号), translated in English as ‘Cloud hemp No. 7.’

This strand of cannabis is said to produce only about 0.3 percent of the well-known chemical Tetrahydrocannabinol, often referred to as THC, which is significantly lower than the percentage of THC found in smokable and edible marijuana products, according to Patrick Scally from Gokunming. The marijuana plants grown by Conba will be used to capitalize on business opportunities, with Scally noting “the obvious conclusion is that Conba Group will be using its crops to create commodities containing the naturally occurring and non-high inducing chemical compound Cannabidiol, or CBD.”

According to Asia Times, the newly approved licenses grant Conba the privilege of cultivating hemp for both industrial and medical use, and the company has agreed to terms with domestic and overseas suppliers.

The PRC appears to be heavily engaged in cannabis research, holding around half of all related patents filed with the World Intellectual Property Organization.

The research and development aren’t in vain, either. MarijuanaBreak recently reported that the Chinese hemp industry in 2018 was estimated to be valued around USD1.1 billion, and the sector is expected to reach a value of USD1.5 billion by 2020. Common uses for hemp in China relate to textiles, food and other commodities for construction and retail products.

In 2010, Yunnan province was allowed to grow cannabis legally. Heilongjiang was also granted permission in 2017, while Jilin has already filed to deregulate hemp cultivation. If the industry continues to grow at a fast pace, more provinces are likely to join in this ‘green boom.’