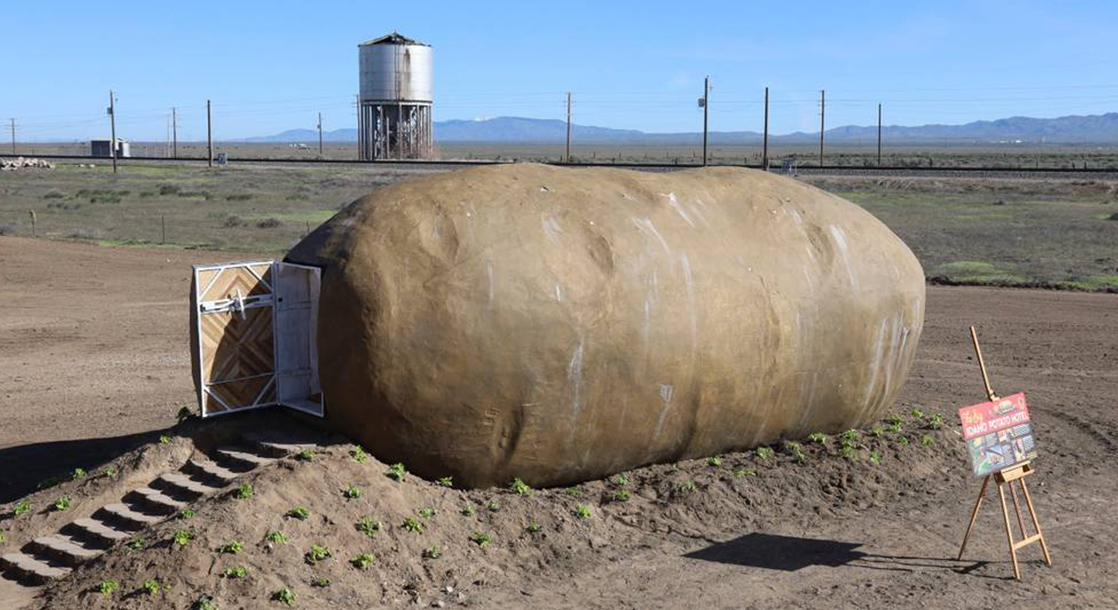 As the rest of America moves towards medical and recreational cannabis legalization, Idaho is one of few remaining states without a single marijuana law on the books. But even without dispensaries, Idahoans are no strangers to high-deas.

According to Idaho’s KTVB News, the potato hotel is the brainchild of tiny home creator Kristie Wolfe, who transformed the 28-foot-long, 11.5-foot-high hollow starch into a studio apartment after she was gifted the steel, plaster, and concrete statue by the Idaho Potato Commission.

The giant tater was originally constructed in 2012 to celebrate the commission’s 75th anniversary, and traveled the country on the back of flatbed truck promoting potatoes for seven years before being retired in 2019.

Now, Wolfe is renting out the potato digs on AirBnB for $200 a night, giving tourists from around the state, country, and dare we say world, to come experience the Gem State’s finest farming feats.

#FunFactFriday – You can now sleep in a giant potato hotel in Idaho. Would you dare? https://t.co/foPWflULHh #hotelnews #hospitalitynews #lodging #travel pic.twitter.com/G2yewcJME6

We would suggest the outlandish potato lodging for adventurous stoners looking to finally accomplish the goal of hot boxing inside of their favorite munchie snack, but considering Idaho’s more-than-strict law enforcement relationship with the sweet leaf, we’re going to recommend that weed users stay away and save the potato chip role play for another state.