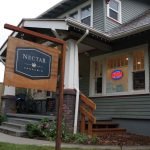 The major Oregon cannabis retailer Nectar is being sued for $4 million by a Aloha cannabis shop it agreed to purchase—but allegedly neglected to pay for.Nectar, which operates 18 retail locations in Oregon, agreed to purchase Rose City Buds & Flower in April 2018. But, according to Rose City owner Dana Weihman, Nectar failed to pay almost $1 million of the agreed-upon sale price.

Weihman’s decision to sell Rose City in the first place was a difficult one, motivated by her now-late husband’s declining health in 2018. From the complaint, filed by Harris Bricken, the law firm representing Weihman:

“Rose City was founded in 2016 by Ms. Weihman, who operated the Shop with the help of her husband. The Shop was profitable. But as Mr. Weihman’s health deteriorated, Ms. Weihman contemplated selling Rose City so she could spend more time with her husband.”

Nectar agreed to purchase Rose City for $1.2 million. But according to the lawsuit, it still owes $955,000.

The terms of the original sale were slightly unconventional, dictating that Nectar would take over operations of Rose City’s retail shop immediately in April, but that the sale wouldn’t be made official until July 2018—after the Oregon Liquor Control Commission (OLCC), which regulates cannabis sales in Oregon, approved it.

In the meantime, the businesses agreed that though Nectar would be operating the shop, Weihman would continue keeping the profits and paying taxes on all cannabis sales. Johnson agreed not to make any remodeling changes to the shop until after the sale was approved, as both he and Weihman were aware that this could harm their standing with the OLCC.
(Correction: This article previously stated that the two parties agreed that Nectar would keep the profits while Weihman paid the sales tax. This is not accurate; the original agreement stated that Weihman would keep the profits while Nectar operated the shop. However, Nectar kept the profits, going against the original agreement.)

Yet Nectar failed to receive approval from the OLCC for a year—because it made unapproved changes to the shop, dragged its feet in having every employee submit fingerprints to the OLCC, and had lapses in its security camera footage. It also neglected to pay Weihman in July, and kept the sales profits from the store.

Because Weihman still technically owned Rose City during this time, she was the one held responsible for the violations, putting her plans to start a new CBD business in jeopardy.

The sale was finally approved by the OLCC in April of 2019—just days before Weihman’s husband died. According to the complaint, worries about money and OLCC violations weighed heavily on Weihman during her husband’s stay in a hospice facility.

“Weihman had dreamed of taking a trip to Italy and spending their final days together in Hawaii, but they lacked the money to do so,” the complaint reads.

Nectar still hasn’t paid the money it owes Weihman, despite the fact that it raked in about $1 million in profits while operating Rose City for a year. As recently as two weeks ago, Johnson was trying to convince Weihman to agree to an alternate payment structure, although such a change in the agreement would also require OLCC approval.

Weiham is seeking a jury trial, and $4 million in damages.

“Under the circumstances described herein, Nectar Markets and Nectar Holdings would be unjustly enriched if they were allowed to retain the benefits conferred upon them by Plaintiffs without paying Plaintiffs reasonable and just compensation,” the complaint reads.