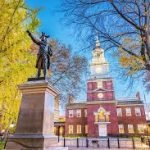 Thankyou to to Andrew Sacks of Sacks Weston Diamond LLC . for the pointer

Pennsylvania’s classification of marijuana as a Schedule I drug without any accepted medical use runs counter to the state’s own medical marijuana program and should be eliminated, a defense attorney and legalization advocate told a Superior Court of Pennsylvania panel Wednesday. ( 3 April)

Patrick Nightingale, an attorney and legalization advocate who is appealing a Beaver County man’s conviction in a marijuana growing operation, argued to the three-judge panel in Pittsburgh that Pennsylvania’s definition of Schedule I controlled substances as having “no currently accepted medical use” contradicted the evidence that the state legislature considered and cited in passing and implementing the state’s medical marijuana program since 2016.

“We cannot both say, ‘This is a medicine distributed to 100,000 Pennsylvanians’ … while at the same time prosecuting Pennsylvanians for it,” said Nightingale, who’s the executive director of the National Organization to Reform Marijuana Laws’ Pittsburgh chapter.

Nightingale’s client, Michael P. Handley, was found guilty in an April 2018 nonjury trial of manufacture, delivery or possession of a controlled substance with intent to distribute, and was sentenced to five years of probation.

Though his appeal included other evidentiary issues, Nightingale focused his arguments Wednesday on what he said was the need to reclassify marijuana based on the recognition of its medical use since the last time the Superior Court considered the issue in 2011’s Commonwealth of Pennsylvania v. Terrance Waddell ” src=”cid:image001.png@01D4EACD.72433770″ alt=”https://www.law360.com/images/lexis_advance/kb-icon-red.png” border=”0″ class=”Apple-web-attachment Singleton”>, when it disagreed with a similar argument based solely on other states’ legalization of medical marijuana.

Pennsylvania Code Title 28, Chapter 25 — the Controlled Substance, Drug, Device and Cosmetic Act — includes “marihuana” among the Schedule I controlled substances, which have “a high potential for abuse; no currently accepted medical use in the United States; and a lack of accepted safety for use under medical supervision.”

The shifting consensus on the latter two criteria, based on the state’s acceptance of prescribing, licensing, growing and distributing marijuana-derived products for medical use, warranted the removal of marijuana from the list, Nightingale argued.

But the judges appeared to have some doubts about whether reclassification should be handled by the courts.

“Isn’t this a debate better for the legislature?” said Judge Victor Stabile. “What you’re asking us to do is judicially decriminalize recreational marijuana.”

Nightingale said that while there appeared to be public support for recreational legalization in Pennsylvania, proposals to do so currently lacked the political support needed to pass.

“What if [the legislature] never acts?” he said. “Recreational marijuana may be DOA; that doesn’t change the fact that marijuana as it stands in Pennsylvania today can’t possibly meet the definition of a Schedule I drug.”

Beaver County Assistant District Attorney Al Torrence countered that marijuana’s presence on the Schedule I list was justified by its potential for abuse, and compared it to many of the opioid fentanyl derivatives on the list that had medical uses as a painkiller but were nonetheless Schedule I drugs because of their high potential for abuse and overdoses.

President Judge Jack A. Panella and Judges Victor P. Stabile and Maria McLaughlin sat on the panel for the Superior Court.

Handley is represented by Patrick K. Nightingale of PKN Law.