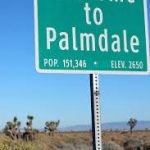 Antelope Valley Press reports…..PALMDALE — The City Council effectively reaffirmed its existing ban on commercial marijuana businesses Tuesday night by accepting the report of its Ad Hoc Cannabis Committee recommending the ban continue, but put off a decision to bring a city ordinance in line with state regulations to allow marijuana deliveries into the city.

The committee, established by the City Council in July 2017 in response to the passage of the Adult Use of Marijuana Act, recommended continuing the ban.

The act, which was ap­proved by voters as Prop­o­si­tion 64 in No­vem­ber 2016, went into effect Jan. 1, 2018. The law is intended to protect and expand upon med­ical marijuana access in the state, and legalize and control nonmedical adult cultivation, use and sales.

The law allows people to grow marijuana for their own use, but authorizes cities and counties to ban bus­i­nesses selling or producing mar­i­jua­na and related products and allows them to impose regulations on indiv­iduals growing mar­i­juana.

The committee made its recommendation after four public meetings. The first three meetings were educational, with consultants from HdL Com­panies providing in­for­mation on the cannabis in­dustry, regulations and econ­omic factors. The fourth meeting involved dis­cus­sion and formulation of the recommendation to the Council.

The recommendation, how­ever, was not unan­im­ous. Six of the eight mem­bers present at the final meet­ing said they favored the ban, while two — Mur­ren and Campanelli — fa­vored pursuing a course of allowing and regulating at least some aspects of the industry, but with a strin­gent application proc­ess.