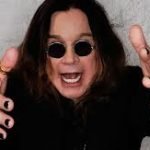 Sharon Osbourne, on a U.K. talk show, Loose Women, when asked by the hosts about her husband…….Sharon explained that Ozzy had met a severe motorbike accident few years ago, several metal rods had to be put in his body and the accident moved all the rods and the bones they were screwed into all splintered. She also said that Ozzy had some trouble with his neck as well, he went into surgery twice for it and is in recovery now.

Sharon noted that he was not quite happy being at home and wished to hit the road again sometime soon. He focused more on getting well enough to be back on with his performances and finishing tour commitments than anything else.

“He’s not good at being at home. He wants to be back on the road, back on his tour, back with his band, and he’s pining. “

Interestingly, when hosts asked if there were any fear of addiction of painkillers, Sharon promptly replied saying he wasn’t taking any painkillers and was rather relying on a modern approach, CBD oil.

She said that he had to have painkillers after he was operated but he prefers taking CBD for his pain now. CBD is a compound found in hemp plants, a cannabis genus plant which is popular for its pain relieving and healing capabilities.