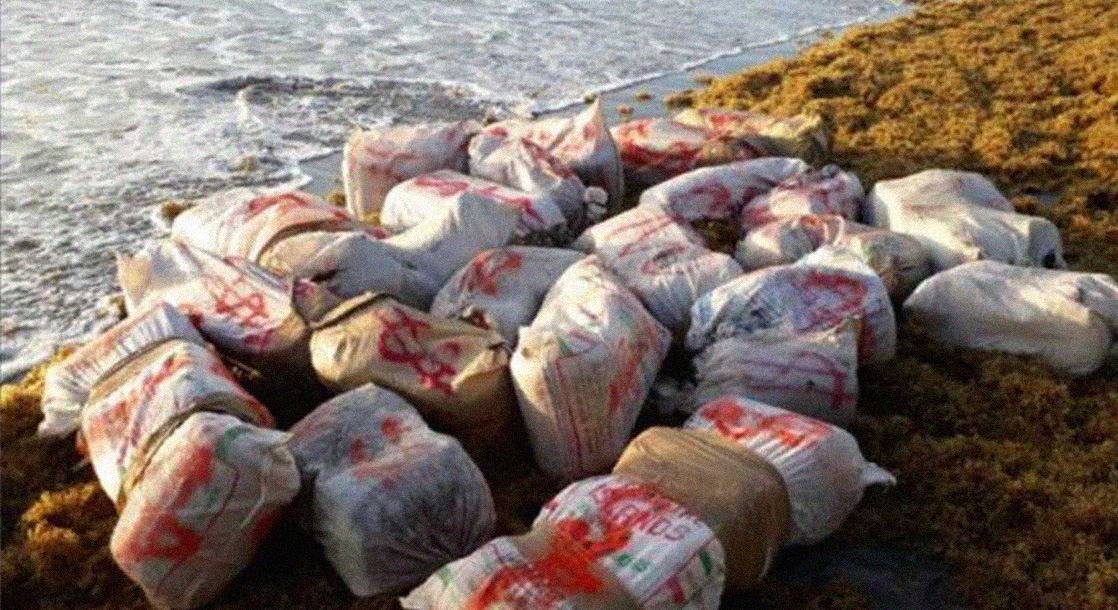 Beachgoers in the seaside Alabama town of Orange Beach got an unsuspecting surprise last week, when two bales of narcotics containing about $1 million worth of weed and cocaine washed up in front of some apartment complexes.

According to local Alabama news affiliate Fox6, the drugs washed ashore in two large bales wrapped in cellophane, one containing 21 pounds of cannabis and a kilo of cocaine, and the other carrying 38 kilos of blow, but no weed. And while the narcotic delivery with no return address arrived just days before a holiday weekend, the local residents of Orange Beach were less than pleased with the free party favors.

“I mean, it’s such a family-friendly beach, you wouldn’t hear of that or think that would happen out here,” Nick Rodriguez, a tourist visiting the area for the Memorial Day weekend, told Fox6. “That’s pretty crazy. It’s a lot.”

Local officers say they are confident that the two square groopers containing approximately 106 pounds of illicit drugs were the only bales on the loose, but the investigation has now been turned over to federal authorities, including the Department of Homeland Security, US Customs and Border Protection, and the Coast Guard.

“It’s surprising for this area. You never really see that around here,” Chris Yancey, a tourist visiting the area from Florida, told Fox6. “It’s not that kind of beach… not along the normal lines I guess you would think, so it’s kind of shocking.”

Memorial Day weekend might already be over, but we’re already packing up our bags again and booking a few tickets to the Alabama coast. Y’know, for some beach side treasure hunting.