During the first month of legal sales in Maine, over $1.4 million in marijuana and marijuana products was purchased both by those who live in the state and by tourists visiting from out of state.

This is all according to data released by Maine’s Office of Marijuana Policy, which was collected by the group Metrc. Their study of the state’s first month of marijuana sales covered the period between October 9th and November 8th

According to High Times who first reported on this news, the figures for the first 31 days of legal sales showed that smokable forms of cannabis were the most popular products, making up 76% of revenue. “Cannabis concentrates accounted for 14% of sales, while infused foods and drinks made up the remaining 10%. A total of 21,194 transactions were logged by cannabis retailers during the first month in business.” 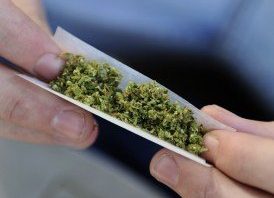 Sales figures released by the state are preliminary in nature and have not yet been audited by state regulators.

As legal sales of recreational marijuana launched on October 9, eight retailers had been licensed by the state to begin operations, although only six shops were ready to open for business on the first day, in part due to reported product shortages, reports High Times. By the first week in November, a total of nine adult-use cannabis retailers were open for business in the state.

Erik Gundersen, the director of the OMP, states:

“While it is easy to focus solely on the numbers, it is important to note that the Office of Marijuana Policy’s primary objective is maintaining the high standard of public health and safety we have set for the adult use program,” Gundersen said in a press release from the OMP. “We appreciate the commitment our licensees have demonstrated to enact COVID protocols to ensure a safe launch and their continued commitment to these efforts in light of the recent spike in COVID cases in Maine.”

Even with only six shops open at market launch, retailers posted more than $250,000 in sales their first weekend in business.

“Our retail store licensees went the extra mile to implement public health measures and control vehicle and pedestrian traffic visiting their establishments,” Gundersen said at the time. “Additionally, the respect and patience shown by consumers for these protocols and their willingness to wear face coverings and maintain social distancing was very encouraging.”