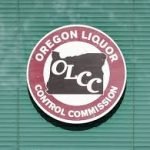 July 2019 Commission Meeting Will be Held in Southern Oregon

Portland, OR — Beginning in July 2019 members of the Oregon Liquor Control Commission and staff will embark on a series of listening sessions around the state, with the objective of providing Commissioners with a better understanding of the issues and concerns facing the marijuana and wine industries.

The Commission wants to hear from the marijuana industry on: the Producer License moratorium (Senate Bill 218), exporting, social consumption, and changes to the Marijuana Program.

Commission members want to hear from the wine industry on: Tonnage Tax, Labeling Standards and Content, and appointing a Rules Advisory Committee.

“The goal of these listening sessions is to give those in the marijuana and wine industries the opportunity to meet face to face with Commissioners, some of who are newly appointed,” said Paul Rosenbaum, OLCC Commission Chair.  “The OLCC is committed to making these industries successful while still meeting our regulatory obligations.”

The OLCC will hold five listening sessions for the marijuana industry in:  Bend on July 9, Ashland on July 17, Eugene on July 30, Ontario on August 6, and in Portland on August 12.

The wine industry listening sessions will be held in Ashland on July 18, in Roseburgon July 29, McMinnville on August 1, and Pendleton on August 6.

In conjunction with the listening tours the Commission will hold its regularly scheduled July 18, 2019 meeting at Southern Oregon University.

In 2017 the Oregon Legislature expanded the Commission from five to seven members but only recently has the Commission had full membership.  The listening tours provide an opportunity for the Commissioners to interact with licensees and stakeholders.

Licensees and stakeholders can register to attend the listening tours on the OLCC Eventbrite page at: www.bit.ly/2AGaYUS

Riverhouse on the Deschutes Convention Center

Register for the OLCC listening tours on the OLCC Eventbrite page at: www.bit.ly/2AGaYUS