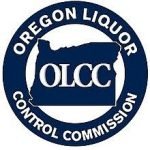 Commission to Consider Stiffer Penalties for Violations Portland, OR. — At its monthly meeting on April 18, 2019 the Commissioners of the Oregon Liquor Control Commission approved six marijuana violation stipulated settlement agreements.  Despite approving the settlements, Commission members expressed concern that there remains significant non-compliance by marijuana licensees failing to abide by the state’s laws and rules.

The Commission indicated it would review the penalty schedule for recreational marijuana licensees and consider stiffening the penalties for licensees with egregious violations.

“It’s been almost three years since the Commission began issuing recreational marijuana licenses, and that’s plenty of time for the industry to grasp the importance of compliance,” said Paul Rosenbaum, Commission Chair.  “Sloppy operating procedures and haphazard security measures jeopardize the industry as a whole, and frankly as the cannabis marketplace expands this slipshod approach could put our licensees and our state at a competitive disadvantage.”

The Commission also approved the following fines and/or marijuana license suspensions or license surrenders based on stipulated settlements:

Maritime Cafe in Milwaukie will pay a fine of $4,950 or serve a 30-day recreational marijuana retailer license suspension for one violation.

Cosmic Treehouse* will pay a fine of $6,435 or serve a 39-day recreational marijuana wholesaler license suspension for two violations.

Atlas Collective* will pay a fine of $2,970 or serve an 18-day recreational marijuana producer license suspension for two violations.

One Family Farms* will pay a fine of $4620 or serve a 28–day recreational marijuana producer suspension for four violations.

*The locations of OLCC marijuana producer, processor and wholesale licensees are exempt from public disclosure under Oregon law.

A copy of the Stipulated Settlement Agreements for Marijuana Violation Cases can be found on the OLCC website, on the Laws & Rules page under the Final Orders section.