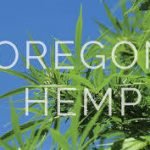 An earlier proposal to create a commodity commission for hemp was unanimously approved by the House Agriculture Committee in 2017 but ultimately died for unclear reasons in the Joint Committee on Ways and Means.

Hemp is poised to become the state’s top agricultural commodity with more than $1 billion in revenues in 2019, up from roughly $500 million last year, said Jay Noller, head of Oregon State University’s Crop and Soil Science Department.

With that burgeoning growth, the industry will need to find ways to offset problems that lie ahead, as well as fund and direct OSU research for the crop, Noller said. “We see some issues coming up.”

The legislation would harmonize Oregon’s statutory language for hemp with the federal government’s, which has recently changed with the national legalization of hemp through the 2018 Farm Bill, said Courtney Moran, an attorney and president of the Oregon Industrial Hemp Farmers Association.

A planned amendment to HB 2740 would also authorize hemp to be tested under food safety protocols that are less expensive than those for marijuana, the psychoactive form of cannabis, Moran said.

Tests would still have to confirm hemp contains less than 0.3 percent THC, but it wouldn’t be subject to as many different tests as marijuana, which would reduce the cost, she said.