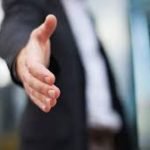 The Friday prior to my opening my State legal Cannabis retail shop in Ellensburg in Central Washington State, I invited the Chief of Police, City Manager, City Attorney and our local Fire Marshal for a meeting. This meeting was held in my retail shop on Friday August 22, 2014 before we were slated to Grand Open on the following Monday, August 25, 2014.

I had previously engaged the City Manager and City Attorney in a series of meeting with the City of Ellensburg to be sure all parties were very comfortable moving forward with the opening of the first “pot shop” in our City and the County for that matter. These two gentlemen were comfortable and ready to proceed, after having the opportunity to really get to know, at their own pace, my wife and I.

The other two, and in particular the Chief of Police were a different story however. In the interest of full disclosure, the Chief of Police was not able to attend or chose not to, in either case, the Captain of the Ellensburg Police Department did attend. The Fire Marshal was also in attendance.

This was an important first step in my orchestrated campaign to “make friends” with the the people who quite literally held my future in their hands. Any one of these individuals had the ability if they saw fit, to at the very least temporarily delay and possibly even derail, my scheduled opening.

This was part of a well thought out plan to be a “good neighbor”. We were going where no one had ever gone before and I knew we needed to proceed with caution and respect. There would be people, perhaps powerful local people, who would object loudly to a “pot shop” in their town. Hell, a few years previously, I would have been one of those who would have been uncomfortable at the thought of such a business opening in my little town. I had been such an integral figure; raising three kids, coaching hundreds of kids in a variety of youth sports, being on various school bond committees, in Rotary, United Way, and a participant in the third class of Leadership Ellensburg and where I had been the General Sales Manager at the local Ford dealership for a dozen years.

Yes, I was the very definition of “involved”. I knew the opening of such a business and the fact I would be operating it would send shock waves through this town. So I wanted to assure some of these specially chosen key individuals that the industry was well thought out, we owners were good people, this was a good thing in that it would combat the black market, and in general try to allay what ever fears, concerns and general apprehension they may have been harboring. Suffice it to say, we were successful in this endeavor during this meeting.

The toughest “nut” in the bunch to crack was undoubtedly the Captain of the EPD. But after I had spent some 40 minutes explaining the myriad of rules, and regulations and potential penalties for non-complacence, he finally relented, unfolded his arms and said, “Alright. You seem like really good people and I believe you’re going to do a good job. You’re just going to have to give me some time on this. I’ve got 38 years of law enforcement working against me on this!”. And he did something else too.

After meeting with us, unbeknownst to me, he issued a memo and posted it at the station house that in effect asked the patrol cars to swing by my shop periodically to check on us and in general asked them to be visible as a deterrent to those who may want to do us harm. He had private concerns about our safety and wanted to be sure we were taken care of and safe. He did that for us. One of the nicest things anyone has ever done for me. So while he was not yet a fan of Cannabis, far from it, he cared about our safety and well being. I will never forget these five individuals and I will always remember the Captain going above and beyond and stepping completely out of his comfort zone for myself, my family and my employees.

Thus we began the ongoing campaign to be a good neighbor in my town. This is still a misunderstood and therefore controversial industry. The only way I know to change the anti Cannabis crowd’s opinions about adult use Cannabis is by being empathetic and respectful of contrary opinions and operating your Cannabis business, retail or wholesale, in an exemplary fashion at all times and by all of your employees. We are not mainstream yet, we have got to be doing business cleaner, neater and better than anyone and anywhere else. Accept this, own it and treat others with respect. They might even create a memo at the cop shop just for you.

Go out and make today your best effort yet.