In 2014, Rashad Harden, better known as DJ Rashad, was in the process of conquering the universe by way of his visionary electronic music and superhuman production skills when he died at age 34. DJ Rashad also founded Teklife, a multimedia crew focused on juke and footwork music, as well as other related forms of art and culture.

Among those who had been closest to DJ Rashad is Ashes57, a photographer, painter, and illustrator. He’s also done brilliant work in association with Teklife, the latest and most astounding example of which is the new book, On Tour with DJ Rashad.

Loaded with stunning photos and heartfelt recollections, On Tour documents DJ Rashad recording, performing, and candidly chilling between 2011 and 2014. Ashes57 makes it clear that the book is just about his “friendship with DJ Rashad” and not a career retrospective or visual biography.

“I was very worried that it would be too personal,” Ashes57 told MERRY JANE. “But at the end, I think that is what this book is about — the friendship with people DJ Rashad met throughout his musical journey.”

These photos and these words take us as close as we can possibly get to the revolutionary legend by way of one who knew him like few others. It’s a privilege to read. It was also our privilege to get to chat with Ashes57 about On Tour With DJ Rashad, which you can (and should) order from Teklife here.

MERRY JANE: Tell us about your friendship with DJ Rashad.

Ashes57: I met DJ Rashad back in 2011 through a friend of mine, called JP Durban. He is also [part of] Teklife, and he introduced us on a day off in East London. They wanted to smoke up!

I knew about DJ Rashad because I just went to his first show in London the night before, but his music was very new to me and I didn’t know much about footwork music at the time.

Rashad was very laid back and it was very easy to become friends with him. We never really planned on becoming creative and working together. Life just gave us this opportunity. I started by taking some photos of him and he was up for it. We had time to experiment, so ideas would pop in our heads and we would make them happen.

When he worked on tracks, I was working on illustration or was painting. We would inspire each other. It was a very natural process. 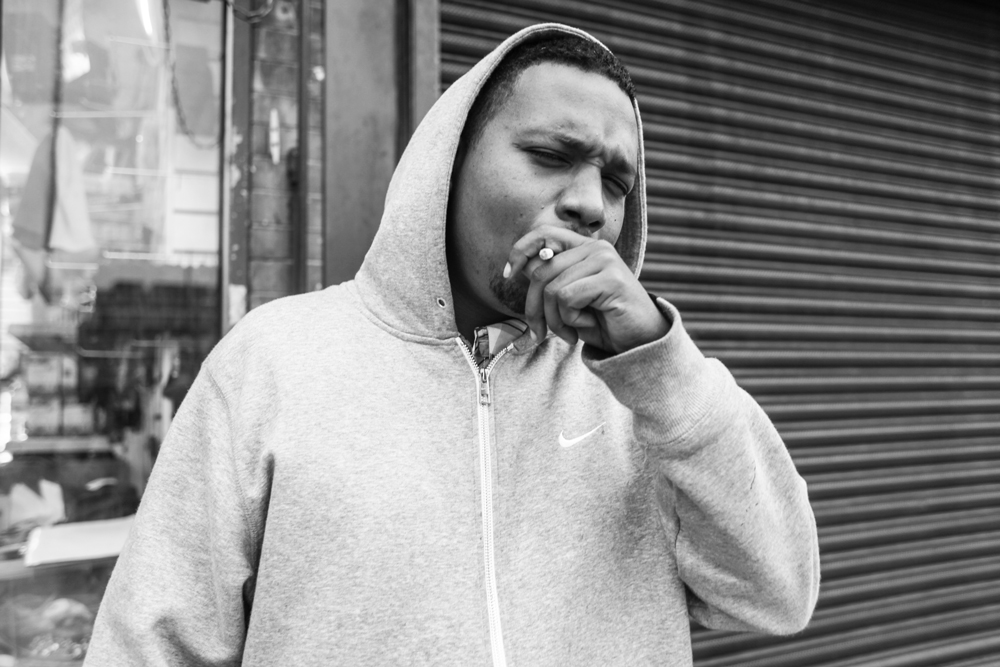 How did the On Tour with DJ Rashad book project come to be?

Over the years, I got to know Rashad. I had the opportunity to travel with him and DJ Spinn on many of their European shows. I took many, many photos and videos of them.

I remember people were asking me what was the purpose of taking photos all the time — like, what was the magazine I worked for? But I never needed to be contracted to do a job that I wanted to do.

Rashad appealed to me as a very cool subject. I was filming him walking, taking the bus, going to the airport, and such, but also when he was playing at shows and backstage. He didn’t mind, he actually asked me to join him on tours and to become his tour manager.

The book was never in my mind until this year. I knew I had the material to do it, but I felt like it was going to be too hard to look back at this era. I couldn’t dare to look at him. But a few months ago, after I talked to Rashad’s family, I decided to give it a try.

It was very emotional because I had to look at every photo on my hard disk and it brought back a lot of memories. But after a few days, it became easier to look at Rashad. After a week, I felt like I was finally grieving and I finally could look at him almost like he was alive again.

The book idea started to make more sense to me, and I started to edit more seriously in February 2019. Once I selected my favorite photos, laying out the book was easy. It was a matter of editing it. 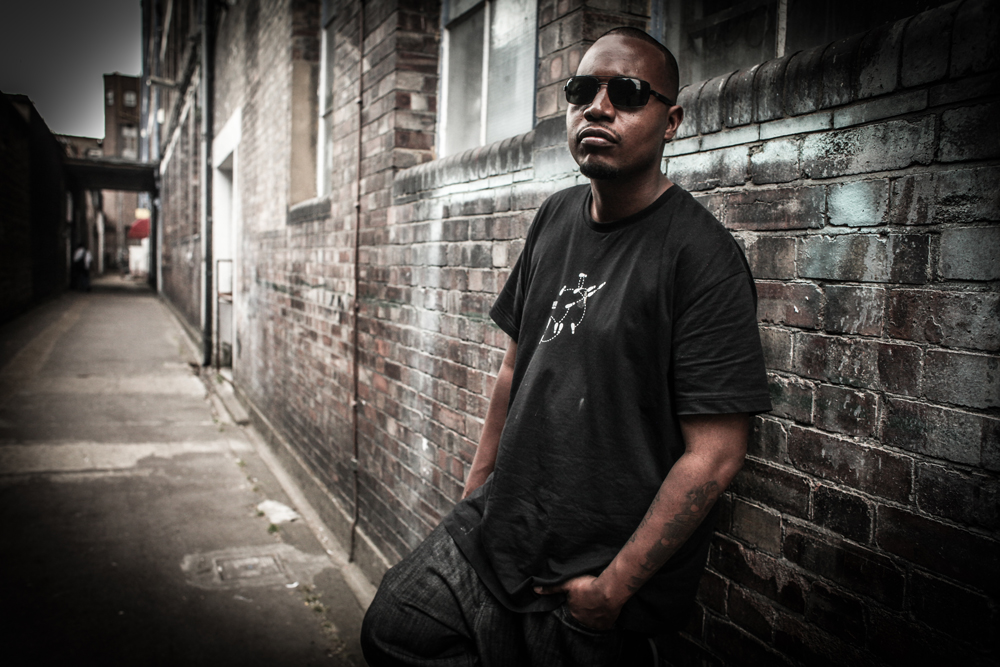 What makes this the perfect time for the book to come out?

By coincidence really, my book was finished in April and with Rashad’s family and DJ Spinn, we decided to announce it on the five-year anniversary of his death. Somehow, it felt like it was the right time to release it, and it was a good way to commemorate Rashad’s life.

How did you decide which material to include and what to edit out?

When I just started working on the book, I felt like it would be very hard to finish the project. I didn’t know where to start. I was getting overwhelmed by the amount of material. I started by looking at every photo I took of him and slowly selecting the ones I liked most.

When I had seen all the material, and after a week of non-stop editing, I had selected about 3,000 decent pictures. Then I felt like it was time to start to layout the photos in inDesign and see what was working together. Selecting the final photos became easier because I had enough pages to work with. Editing was very fun.

I was just very worried that it would be too personal. But at the end, I think that is what this book is about. About the friendship with people DJ Rashad met through his musical journey.

What do you miss most about DJ Rashad?

I miss his FaceTime calls at random times of the night and hearing his stories. I miss partying, laughing, and hanging out with him. Rashad left a big gap in the heart of many people, including the whole Teklife crew, but also many other people that he met along the way. His friendship was valuable and he loved having our back. It mattered a lot, we felt stronger around him. He lived life like there was no tomorrow, and at the time it was very refreshing. I miss listening to his new beats and brainstorming on videos.

If DJ Rashad were here now, what do you think you two would be doing?

We would probably be rolling. But I feel like Rashad had so much more music to create. And he was just at the point where his music was crossing over to an even wider audience.

I feel like he would have a proper studio where guys would hang out and smoke weed and he would be behind a MPC cutting his new beat. I would be in the back painting a portrait of the studio scene, obviously with my style. My laptop would be open on iIllustrator, laying out the typography for the next t-shirt. 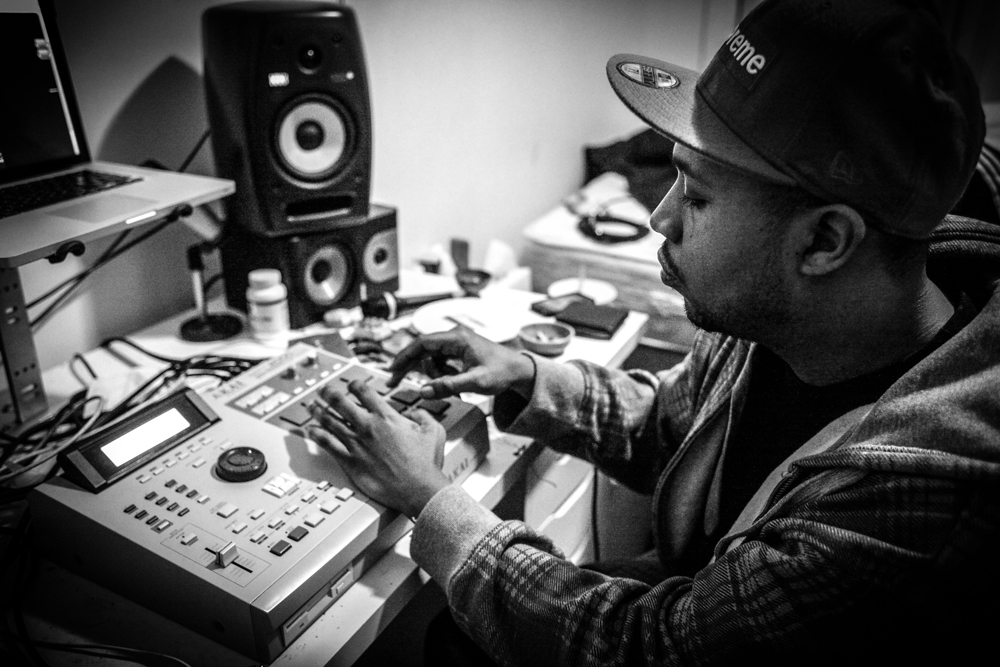 The book focuses on your photography, but you’re a multimedia artist. Tell us about your various processes and how your work relates to the other artists with whom you collaborate.

For this particular book, I wanted to mainly focus on the photos I took of Rashad. I didn’t really want to try to cover his whole life, as I thought it would be too ambitious and I didn’t want to get any part wrong. I have added a few drawings in the book, but I didn’t want to impose my art.

My art has various sides, video work, photo work, collage, and, most of the time, black-and-white drawings. Usually, when I collaborate with an artist, it consists of taking photos of them in their natural environment and drawing a scene inspired by this, including some music elements. I love doing portraits of people in studios and cities.

What role does weed play in your life?

Weed is like a best friend, you are so happy to have it around and you miss it when you are out. Right now, I am not smoking because I have a baby, but I miss smoking and I can’t wait to get back to it. I love to smoke up and paint or draw for hours. Time somehow stretches when you smoke weed, and music makes you vibrate. I love looking back at a painting that I just finish and dream for hours. 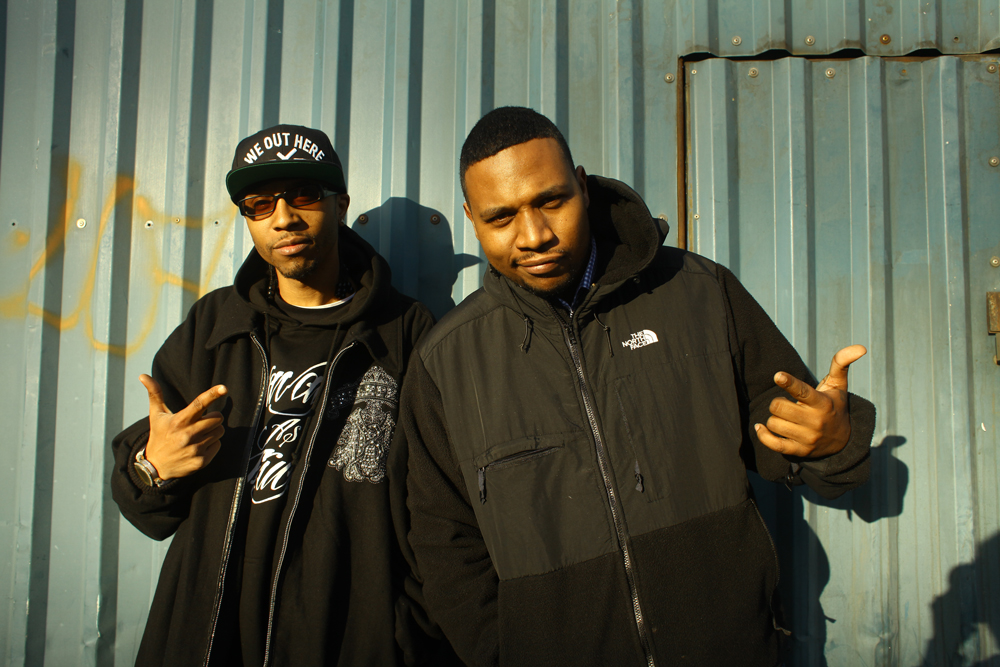 How has weed specifically figured in terms of overall creativity and your work with DJ Rashad and others?

Creativity is a very funny aspect of life. You never know when it will appear. Weed could help sometimes or it could also put a cloud over your head. Rashad used to smoke up and make music for hours, I think it was part of his process to make music.

For me, weed is a little bit different. There are times when I like to get my ideas sobers, and then get high to accomplish them. Other times smoking gives me too many ideas at the same time and I can’t paint or focus. I usually write my concepts down and save them for later. 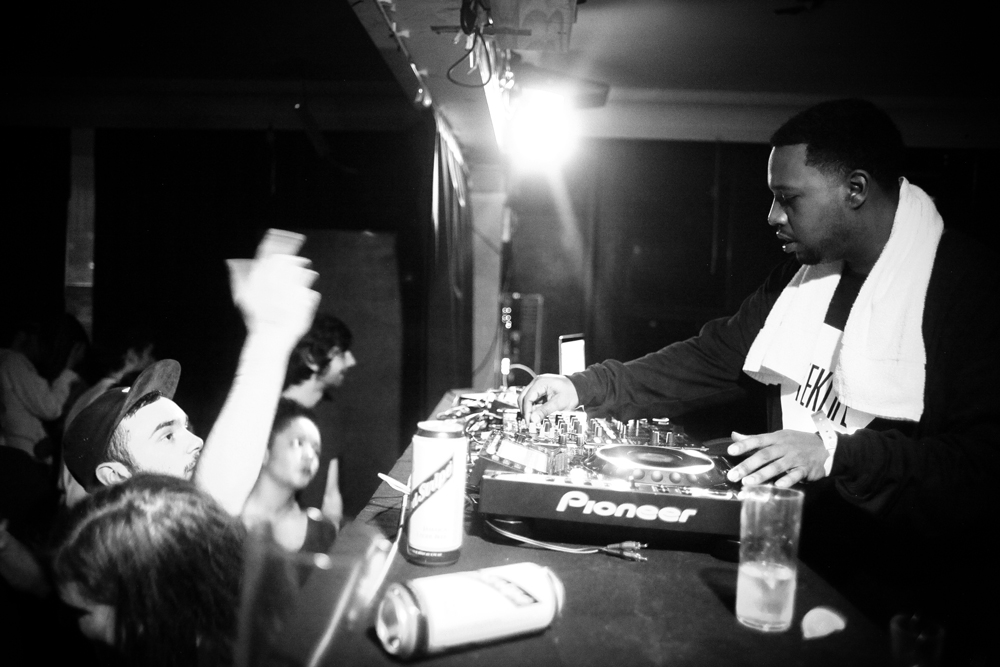 What’s next for you?

I want to work on a documentary about Rashad with the footage I got when I was touring. I have started editing, but it will take me probably a year to release it. I haven’t started to work on it properly, but will soon.

“On Tour with DJ Rashad” is out now. Order your copy from Ashes57’s website here