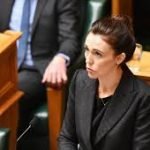 The New Zealand public are set to vote in the 2020 election on whether to legalise recreational cannabis or not.

“When will the cannabis referendum bill be introduced to the House?” Ms Bennett asked Jacinda Ardern in Question Time today.

“The question as to whether or not there would be a bill more broadly, that’s something that will be announced once Cabinet has finalised its decisions,” Ms Ardern answered.

“Once Cabinet has finalised its decisions, we will be making announcements to the degree of detail,” Ms Ardern said.

Ms Bennett said she was “clearly stating that there also needs to be legislation that lays out the regulations and everything else for how legalising marijuana will be implemented into New Zealand if it’s to be a binding referendum”.

However Ms Ardern said she would not make any announcements until Cabinet had finalised decisions around the nature of the referendum.