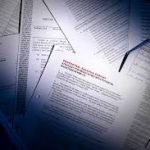 According to National Party of New Zealand, the four options for the proposed 2020 referendum are:

• A general question consistent with the undertaking in the Confidence and Supply agreement: “Do you support legalising the personal use of recreational cannabis?” This would not be accompanied by any legal framework or other policy decisions and it would be left to a subsequent Parliament to determine what to do in the event of a “yes” vote.

• A questions referring to a specific policy framework document setting out the basic principles of what legalisation for personal use of recreational cannabis in New Zealand would entail: “Do you support legalising recreational cannabis in accordance with [published policy document]?” A “yes” vote would result in the duly elected government and Parliament having some moral imperative, but no obligation, to enact law changes consistent with that policy document;

• A question referring to draft legislation that outlines the regulatory model for cannabis: ‘Do you support legalising the personal use of recreational cannabis in accordance with [published draft legislation]?” Similar to option 2, a “yes” vote would result in the duly elected government and Parliament having some moral imperative, but no obligation, to enact the legislation.

• A question referring to legislation already enacted but conditional on an affirmative vote on the referendum: “Do you support legalising recreational cannabis in accordance with the [Drug Reform] Act 20XX?” A “yes” vote would trigger the legislation coming into effect.

A National Party spokeswoman said the party would not release the whole Cabinet paper and would divulge its source.

told the Weekend Collective that the fact National were leaked the paper is ‘significant’.

“You know, it speaks volumes. It certainly says that all is not okay.”

Bennett wouldn’t disclose the source of the leak, but says she’s sure it’s genuine.

She says there were huge gaps in the options, but only one of the options gives the public any certainty.

“Option Four, which is the full legislation, is the best for the public. It means it has been through a robust process, people can make public submissions, it has been scrutinised by a select committee.”

“New Zealand First, Labour and the Greens are all on different options, they are all over the place. I am seeing a lot of chaos between the Coalition partners on where they sit on this one.”

National says the Cabinet Paper is clear that smoking marijuana when you’re under the age of 25 is detrimental for development of the brain, and yet it recommends that the legal age should be 20.

It says the paper acknowledges that regular marijuana use increases the risk of developing depression, psychosis and schizophrenia and is especially harmful to those under 25-years-old.

Bennett says the legal age seems to have been plucked out of thin air.

“If you were really going by the health aspects, you would go to 25.”

She agrees that 25 may seem like an unrealistic number in the public’s eyes and won’t stop young people use the drug now.