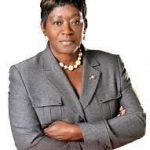 The black New York lawmakers include some of marijuana legalization’s most vocal supporters, but they want to make their state the first to tie legalization directly to an economic equity program. And that has meant seeking changes to Mr. Cuomo’s proposal, which though it provides for a “social and economic equity plan,” does not specify how much weight would be given to minority license applicants, or how much money would be invested in communities ravaged by the war on drugs.

Alphonso David, the governor’s counsel, said that those provisions would be written in regulation after legalization was passed. “Some people are looking for a level of detail that may not be appropriate for legislation, and we have to be careful how we implement the legislation so we don’t have to change it every few years,” he said.

But opponents say those omissions undercut Mr. Cuomo’s efforts to frame legalization as a way to right the wrongs that decades of criminalization had wrought on communities. He called for sealing some drug-related records and funding substance abuse treatment.

Even as Mr. Cuomo has pressed for speed, urging the Legislature to include legalization in the state budget in April, crucial lawmakers have shown little interest in rushing his proposal through.