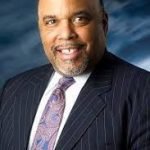 Wednesday last week , Senator Paul Lowe [D-Forsyth] introduced SB58, a bill that would amend state drug laws to allow for the possession of up to three ounces of cannabis by adults over the age of 21.

Lowe introduced a similar bill in 2018 that would have allowed for the possession of up to four ounces of cannabis.

Currently, possession of up to 1.5 ounces of marijuana or other controlled substance is a Class 3 misdemeanor and comes with 1 to 20 days of active intermediate, or community punishment and a maximum $1,000 fine.

The bill would allow anyone convicted of possessing less than three ounces of marijuana to file a petition for expungement in the court or county where the ruling was made. After notice to the district attorney, the court would hold a hearing to verify the petition and, if eligible, erase the conviction.

SB58 institutes a $100 fee to be collected at the time of filing and deposited into the General Fund. Costs would be waived for indigent petitioners.