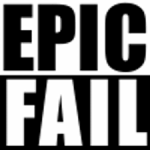 New Jersey lawmakers called off their scheduled vote Monday on a bill to legalize adult-use marijuana after Gov. Phil Murphy failed to persuade enough lawmakers to support the legislation.

In the short term, New Jersey misses an opportunity to legalize an industry that was projected by Marijuana Business Daily to generate $1.2 billion-$1.5 billion in annual retail sales by 2023.

Senate President Stephen Sweeney said there weren’t enough votes to pass a bill to legalize recreational marijuana in the state.

Sweeney noted he remains committed to working to pass the legislation.