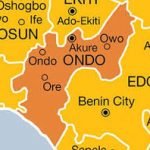 A very interesting report from the Tribune…..

THE Ondo State government and the Federal Government appear to be headed for a showdown after both the state chief executive, Governor Rotimi Akeredolu and the chairman of the Presidential Advisory Committee for the Elimination of Drug Abuse (PACEDA), General Mohammed Marwa (retd), both staked out sharply divergent positions on the question of the legal cultivation of cannabis, a.k.a. Indian hemp, in the country. Following a fact-finding mission to Thailand where the military-appointed National Legislative Assembly voted unanimously in 2018 to allow the use of cannabis under medical supervision, Governor Akeredolu had taken to his official twitter handle to express his support for the legalisation of marijuana for medical purposes, urging the Federal Government not to turn its back on an industry with the potential to generate $145billion in sales and spark a jobs boom. No doubt to assuage the Federal Government’s fears on drug abuse, the governor also mooted the idea of “controlled plantations under the full supervision of the National Drug Law Enforcement Agency.”

But the Federal Government was having none of it. In his response (though, granted, he did not mention the governor by name), General Marwa dismissed the proposal on the ground that no amount of money realised from the legal sale of cannabis could offset the probable social damage from marijuana use. Said General Marwa: “It is disturbing that at this time when about 10 million Nigerians are abusing cannabis, anyone or group will be considering or advocating Nigeria to legalise the growing of marijuana for economic or whatever purposes.” He then concluded: “We dare say that no economic gain is worth the life of any Nigerian daily damaged on the street as a result of the effect of cannabis. There is therefore a need for all stakeholders at the federal, state and local government levels to rally round the Federal Government efforts in eliminating the menace of drug abuse rather than engaging in any counter-productive venture.”

Governor Akeredolu and General Marwa are either genuinely talking past each other, or the PACEDA chairman did not read the governor’s memo. In the first place, the governor did not call for full legalisation of cannabis, but its careful exploration for medical use, something that is already being done in several countries, including Australia, Puerto Rico, Poland, Croatia and the Czech Republic. In the United States, marijuana for medical purposes is already legal in 33 of the 50 states. General Marwa’s statement was strangely silent on the question of cannabis for strictly medical reasons.

Second, the charge that Governor Akeredolu is proposing cannabis for medical reasons when there is an epidemic of drug abuse in the country is a non sequitur, since the goal of the proposal is exactly to prevent cannabis abuse by clearing a path to legal use for those who need it for medical purposes. Third, and demonstrating his willingness to work with the Federal Government, Governor Akeredolu offered to place the industry under the supervision of the NDLEA, whose chairman, Colonel. Muhammad Mustapha Abdallah, (retd), was incidentally on the governor’s entourage to Bangkok, Thailand. In any case, if the Federal Government had already made up its mind on the matter, why approve the NDLEA chairman’s trip to Thailand?

No doubt, there is a need for further public debate on the issue, and if Governor Akeredolu has achieved anything, it is,  no pun intended, to light the spark. At the same time though, we wonder why the governor thinks he needs the support of the Federal Government in order to industrialise marijuana cultivation in Ondo State. Some cultivation is currently going on to which the Federal Government, via the NDLEA, is in fact the sole impediment, which means that private appetite for the business is real. Why appeal to a reluctant, even antagonistic, Federal Government when private enterprise is ready to go? If the fear is that the Federal Government will present an obstacle, has the governor considered taking it to court to test the legality of exercising its prerogative over trade within its borders? And why is the governor not asking the people of Ondo State what they think? Surely, they are the ones who will directly benefit from, or be harmed by, the effects of cannabis legalisation.

Wrapped up in this minor to-do over marijuana legalisation are issues which go to the very heart of Nigerian federalism, especially in regard to state rights.

Ought the Federal Government to be able to override the wishes of the people of a state, assuming in this case that the people of Ondo State and Governor Akeredolu are on the same page? We enjoin him to take this further, even as he continues to dialogue with the citizens of Ondo State. Admittedly, in the countries where marijuana use is legal, there are fairly strong institutional checks in place to ensure that it is not abused. In Nigeria, however, state institutions are either weak or ineffective, meaning that legalising medical or industrial uses of marijuana would require greater attention to the means of preventing abuse. At the same time, robbing the country of a veritable means of income on the alibi of possible abuse by citizens is defeatist. This is why, on a national wavelength, subjecting the issue to public debate, together with exploring research options on the subject in the country’s ivory towers, is the right step to take.