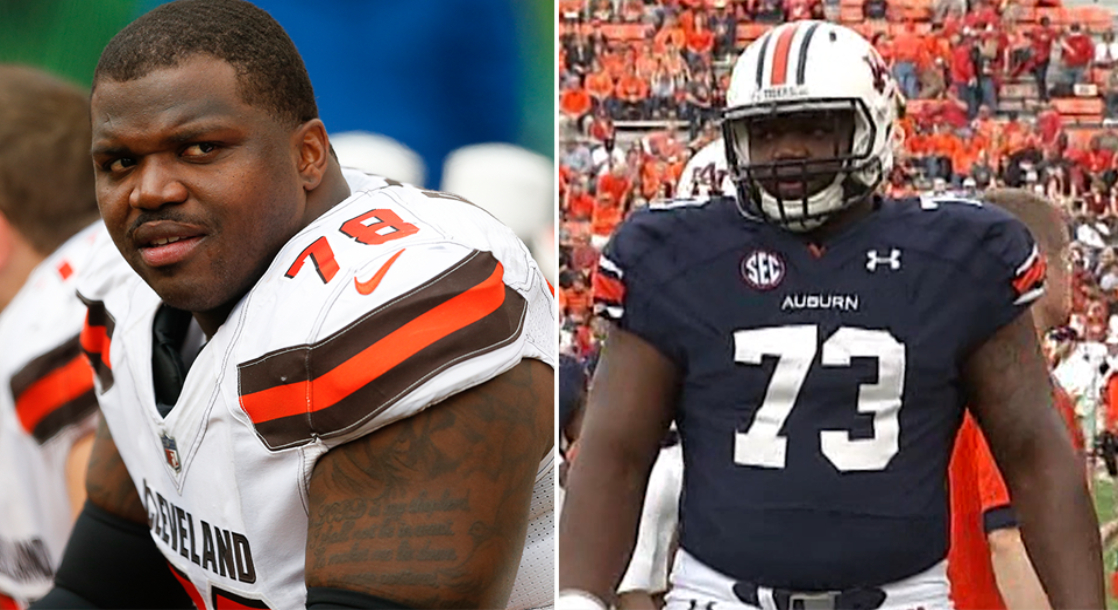 Greg Robinson, an NFL free agent offensive tackle, and Jaquan Bray, a former pro wide receiver, were arrested in Texas earlier this week after US Border Patrol agents discovered 157 pounds of pot in the rented SUV in which they and a third person were traveling. The arrest of the two players occurred Monday night at the Border Patrol’s Sierra Blanca Checkpoint Station in Western Texas near the US-Mexico border.

“We are aware of the report, but will decline further comment,” an NFL spokesperson told the league’s media outlet.

Robinson and Bray have been charged with conspiring to possess marijuana with intent to distribute by the US Attorney’s Office for the Western District of Texas. According to a statement released by prosecutors on Wednesday, a Border Patrol K-9 unit alerted the vehicle that Robinson and Bray were in as it approached the checkpoint station. Agents asked Bray, who was driving the SUV, to park in a secondary inspection area. While searching the vehicle, agents allegedly discovered several large duffle bags containing 157 pounds of weed.

According to the criminal complaint filed against the two men, Robinson rented the SUV in Los Angeles on Sunday and arranged for he and Bray to be driven to Louisiana by the third person in the vehicle, an Uber driver Robinson met in 2018. As the vehicle approached El Paso, Robinson instructed Bray to take over driving.

NFL Media reports that after the marijuana was discovered, the third person showed agents text messages from Robinson offering to pay the third individual to claim the marijuana. That person refused and told Robinson that he or she would not have agreed to drive the two men if he or she had known that there were drugs in the vehicle. The third person has not been charged.

After a successful college career at Auburn, Robinson was drafted second overall in 2014 by the St. Louis Rams, where he failed to stand out. He was traded to the Detroit Lions in 2017 and then to the Cleveland Browns a year later. He is due to become a free agent during the current off-season, as the NFL Network’s Tom Pelissero reports that the Browns have no intention of re-signing him.

Bray also played college ball at Auburn and is a former NFL wide receiver who spent three seasons with the Indianapolis Colts. He was released by the Houston Texans in 2018. He has also been a player with the Alliance for American Football and the Canadian Football League.

The case against Robinson and Bray is still being investigated by the Border Patrol and the Drug Enforcement Administration. The two men face up to 20 years in federal prison if they are convicted.