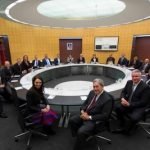 The NZ Herald reports on the issues to be discussed in Cabinet on Monday, including, taxation, thc levels, home grow limits and education amongst other topics.

Here’s what the NZ Herald has learnt so far

Cannabis for personal use, if supported in a referendum, would not become legal until around late 2021 under a proposal set to go to Cabinet on Monday.

The Herald understands the proposal will include drawing up a bill with details of a proposed regulatory regime for a legal market, but the bill would only have a first reading if there was majority support to legalise in the 2020 referendum.

That would make the referendum result non-binding, though it would be a brave new Government after the 2020 election that ignored a ‘yes’ vote, especially as the leaders of Labour and National have both said they would follow through with what the people wanted.

It normally takes about a year for a bill to pass through all its legislative stages, meaning a regime would not come into effect until towards the end of 2021 in the event of a ‘yes’ vote.

The referendum to legalise cannabis for personal use is part of the Labour-Greens confidence and supply agreement.

The Herald understands the option Cabinet will consider has been approved by the Green Party and the New Zealand First caucuses.

It will include some regulatory details including a legal age limit for purchase – likely to be at least 18 – strict limits on marketing and availability, a ban on consuming in public places, and allowing a “common sense” amount of cannabis to be home-grown.

The Herald understands there are plans for a public consultation process, and the proposed bill will aim to reduce drug-related harm, protect young people, and cripple the livelihood of gangs that benefit from the current prohibition model.

Not all details have been confirmed, and it is unclear if the paper to go before Cabinet will include proposed limits on THC potency or the types of products, such as edibles.

Using tax revenue from cannabis products to fund health services is also a possibility, although there are concerns that this would create a perverse incentive in a similar way that money from gambling is funnelled back into communities.