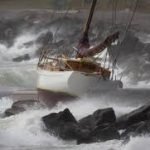 As we all know the end of the legislative session is nigh in NY and there’s a final push to see if Cuomo can get any form of legislation through at all. The US Hemp Roundtable also highlights a bill that looks very dangerous for hemp in the state. NY might achieve the impossible and make California look like something it isn’t, a yacht sailing gently through calm and charted waters.

Where shall we start?

How about this report from Buffalo News which suggests nothing of much consequence is going to happen by end of business today.

Talks to legalize marijuana in New York State have come down to the wire, with major issues still to be resolved by negotiators at the Capitol if a tentative deal is to be presented to lawmakers when they return to Albany on Monday.

A number of snags have hit the negotiating table, however. Some legalization advocates say those could severely water down the end product – or doom the measure’s chances.

On Monday morning, a source at the Capitol said talks blew up overnight in a dispute over how marijuana tax revenues would be distributed; frustrated lawmakers, at least for the time being, are said to be trying to get a two-way deal with the Senate and Assembly not involving the Cuomo administration, but there were new signs a more scaled-down approach to marijuana might be on the table now.

But another source close to the talks said Assembly Speaker Carl Heastie, a Bronx Democrat, wants to see the Senate act first on whatever might happen on the marijuana issue — if anything.

The 2019 legislative session is scheduled to end Wednesday.

According to four sources with knowledge of the talks, all of whom spoke Sunday on condition of anonymity, Senate officials are saying they do not have enough votes to pass the bill unless there is a special “opt-in” provision that would require localities to affirmatively state that they will allow retail marijuana sales within their borders.

Gov. Andrew M. Cuomo earlier this year proposed an opt-out provision, which would permit retail sales in communities unless they voted to block such operations. A number of marijuana legalization advocates believe the opt-in language is too burdensome, raising questions Sunday whether an opt-in requirement represents a poison pill in the talks. A number of localities in recent weeks and months have said they would not permit retail marijuana sales within their jurisdictions.

As is typical during end-of-session negotiations on sensitive issues, two things were true Sunday morning: People did not want to be identified if they discussed the status of the marijuana discussions and, secondly, the situation is highly fluid and can change back and forth over the hours – and potentially days – to come.

The New York Times is being a little more positive

After weekend-long negotiations, lawmakers are cautiously optimistic they may reach a deal before the legislative session ends Wednesday.

At stake is a potential billion-dollar market in the nation’s fourth-largest state. But it remains unclear if the invigorated effort will be enough to overcome strenuous opposition from law enforcement officials, parent-teacher associations and lawmakers wary of alienating those constituencies.

The takeaway precis at the moment, is simply, not too promising.

Within the next 24-48 hours, New York State legislators will be considering a bill that could dramatically impair the hemp industry, particularly the retail sale of hemp-derived CBD. In short, the bill would create the most burdensome regulatory scheme that we’ve seen, treating the production and sale of hemp and CBD akin to a controlled substance such as marijuana. Such over-regulation would hold licensees and retailers liable for a broad range of potential violations (e.g., intentional and unintentional violations, noncompliant labeling) that could result in both confusion for consumers and harm to licensees. Worse yet, some of the provisions could provoke a trade war of sorts, practically banning out of state products in New York, which could have a negative impact on New York hemp all across the country.

We urge all Hemp Supporters to contact their state legislators TODAY to oppose the Lupardo/Metzger bills, A7680-A/ S6184  in their current forms and/or if that language is attached to other legislation such as the Marijuana Regulation and Taxation Act. Instead, we ask legislators to support common sense efforts to protect hemp farming and the retail sale of hemp-derived CBD

Here’s the full text as presented to the NY Senate