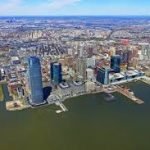 Patch.com write…..NJ Advance Media, The Asbury Park Press and the New Jersey Globe said the governor and legislative leaders resolved their differences on the major sticking point in negotiations: how to tax marijuana once it’s legalized.

Under the agreement, the state would impose a flat tax rate of $42 per ounce of marijuana instead of levying a sales tax on pot, according to an NJ Advance Media report.

A New Jersey marijuana legalization bill that was advanced by Assembly and Senate commitees in the fall included a 12 percent sales tax.

The “Marijuana Legalization Act” would allow users 21 years old and up to possess up to an ounce of pot.

Conflicts over how much marijuana should be taxed – among other issues – have impeded the legislation’s progress. Sweeney has said that the tax should be no more than 12 percent.