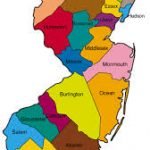 Once the applications for new medical cannabis facilities are available online from the New Jersey Department of Health, the state plans to host a webinar July 16 for potential applicants, officials said.

However, a New Jersey State League of Municipalities representative said depending on final negotiations—and input from the governor’s office—that 108 number for new medical cannabis facilities may or may not be reduced.

Michael Cerra, league assistant executive director, said the new medical cannabis facilities will be evaluated based on specific conditions to determine where the best locations are for patient access.

In a message to towns, Cerra said applications for any medical cannabis facility “must consider proposed location including zoning approvals, provided there is a letter or affidavit from appropriate municipal officials and there is proof of local support, such as a resolution of the governing body.”

One part of the new bill to expand the medical marijuana program also creates a statewide cannabis regulatory commission, he said.

“People are more familiar with the medical marijuana program, as we’ve had it for a decade, and its potential application for more towns to get involved now is there,” Cerra said, adding that more municipalities favor medical marijuana than recreational marijuana, apparent in the number of towns passing resolutions or ordinances to prohibit recreational cannabis sales.

Due to an inability to pass adult-use legislation, Democratic Senate President Steven Sweeney postponed legislative action on legalizing recreational use last month in favor of a public ballot question in 2020.

High on Cannabis: Outlook of the Industry Continues to Shine After...