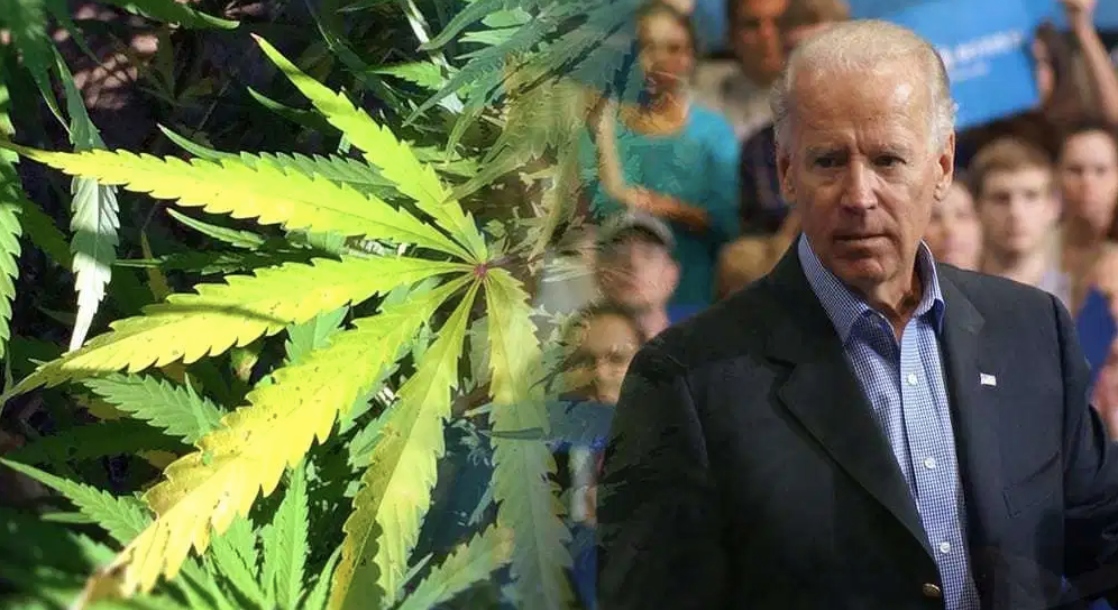 Two-thirds of Americans want to put an end to cannabis prohibition, according to Newsweek. Even so, a criminal justice task force co-created by Joe Biden did not include legalizing weed among its recommendations to the presumptive Democratic presidential candidate.

The task force was co-created by Biden’s former campaign rival Bernie Sanders. The Vermont senator does advocate full federal legalization for adult cannabis use — as do five of the eight individual members of the task force.

Regardless, a 110-page policy document issued by the task force just effectively reiterated Biden’s existing stands on the issue. Biden has come out in favor of decriminalization and legalizing medical marijuana on a federal level, but would leave recreational weed laws up to individual states.

Earlier in his campaign, Biden said cannabis should be rescheduled and the country should move away from putting people in jail for it. “[Cannabis] should be changed to a Schedule II drug. We should move in a direction to make sure it’s not a criminal offense, it’s a civil offense. Any conviction at all for marijuana now or in the future or in the past, your record should be wiped clean. It’s not something that is going to send anybody to jail.”

I think we can all agree that his statement demonstrates some progress. But, to consider cannabis an “offense” of any kind is still a demonstration of an archaic, Drug War mentality. As of now, the task force has made the following recommendations:

– Allow states to make their own decisions about legalizing recreational use.

– Automatically expunge all past marijuana convictions for use and possession.

– Lift budget rider blocking D.C. from taxing and regulating legal marijuana and remove marijuana use from the list of deportable offenses.

Responding to the policy document, Bernie Sanders tweeted: “Though the end result isn’t what I or my supporters would’ve written alone, the task forces have created a good policy blueprint that will move this country in a much-needed progressive direction and substantially improve the lives of working families throughout our country.”

Erik Altieri, Executive Director of the National Organization to Reform Marijuana Laws (NORML), took umbrage with the findings and stated, ‘“It is impractical at best and disingenuous at worst for the Biden campaign to move ahead with these policy proposals. Rescheduling of marijuana under the Controlled Substances Act would continue to make the federal government the primary dictators of cannabis policy, and would do little if anything to address its criminal status under federal law.”

As for President Donald Trump, he said of recreational weed legalization: “I think it’s bad, and I feel strongly about that.” So eloquent, isn’t he?

Marc Lotter, director of strategic communications for Trump’s re-election campaign, further clarified, “I think the president is looking at this from a standpoint of a parent — a parent of a young person — to make sure we keep our kids away from drugs. They need to be kept illegal. That is the federal policy.”

But federal policy is outdated. The mindset of Americans is vastly different than it was just 50 years ago — even 20 years ago. We need to revamp the drug laws in this country — along with every other system — and it starts with cannabis. If it doesn’t happen, the evolution of the American collective will be stifled.