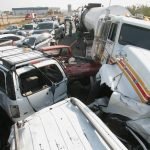 A clearer timeline for the complete implementation of Washington state’s cannabis traceability system, Leaf Data Systems (LDS), is beginning to emerge after more than a year and a half of delays and setbacks.

Meeting for the first time since January, the Washington State Liquor and Cannabis Board (LCB) Traceability Advisory Committee rescheduled the latest update, version 1.37.5 from June 14 to July 1. The update had already been rescheduled from early November to June.

According to a Cannabis Observer report, MJ Freeway has submitted eight potential release candidates but none have passed the LCB’s ten-day regression testing process. The ninth candidate will be submitted on May 7. Leaf Data Systems 1.40 — the version that will fulfill the contract MJ Freeway signed on July 11, 2017 — is scheduled for release on September 20, 2019. At that time, MJ Freeway will manage Leaf Data Systems on a monthly subscription basis at a cost of $600,000 per year. Still more updates to fix data quality bugs are scheduled for late 2019 and beyond.

As you know we love a song so you could have ….and,  why should we give you time to “work it out” !

this is probably more apt…..