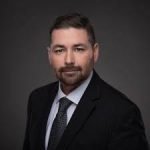 The case involved Angela Eplee, who was conditionally offered a job at the Lansing Board of Water and Light in 2017, as long as she passed a drug test. When her test came back positive for THC — tetrahydrocannabinol, the psychoactive ingredient that results in the “high” associated with pot — the board withdrew the offer of employment even after finding out that she had a medical marijuana card that allows her to use marijuana.

The board denied the positive drug test was the reason for withdrawing the offer, rather “the needs of the department” dictated the decision.

The woman sued, but the trial court agreed with the board and dismissed the case before it went to trial.

That decision was upheld by the Court of Appeals.

In the opinion published Tuesday, the three-judge panel said, the “plaintiff has failed to demonstrate that she had any right or property interest of any manner in employment with the BWL. Plaintiff has also failed to demonstrate that there was any prohibition —statutory or otherwise — on the BWL’s ability to withdraw, for any or no reason at all, its conditional offer of employment.”

Eplee’s attorney Brandon Gardner said they’re still reviewing the decision to determine whether an appeal to the Michigan Supreme Court will be filed. He said at least one area is ripe for review. The case was summarily dismissed by the Ingham County Circuit Court before it went to trial, so no evidence was actually presented for the Court of Appeals for review.

“There was no discovery in this case. The city and BWL filed a motion for summary disposition in lieu of filing an answer to the initial complaint,” said Gardner, a Grand Rapids-based attorney. “I’m not really sure if the Court of Appeals had enough facts to make the legal determination that they did.”