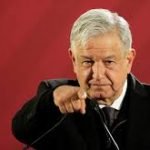 Wednesday morning, the country’s president dealt a seemingly lethal blow to hopes for a green future.

At his daily early morning press conference on Wednesday, President Andres Manuel López Obrador, commonly known as AMLO, said his administration is no longer interested in guaranteeing the constitutional right to cultivate and consume marijuana recognized by the country’s top court. The president is largely regarded as having absolute control over the policies of his Morena Party, which he founded in 2014.

“We’ll have to see about that, but we’re not thinking about taking that route,” AMLO told a reporter who had asked about the progress of cannabis legalization. “Only for medical uses, only for health purposes.

AMLO: my government does not think about the recreational use of marijuana, only for medical purposes

President AMLO said that its use of marijuana should only be for health purposes, so it does not promote the recreational use of this drug

– Wouldn’t it be marijuana for recreational use? – a reporter questioned the president in the National Palace.

“That should be seen, but we are not thinking of such a measure; only for medical purposes, only for health purposes, ” AMLO replied bluntly .