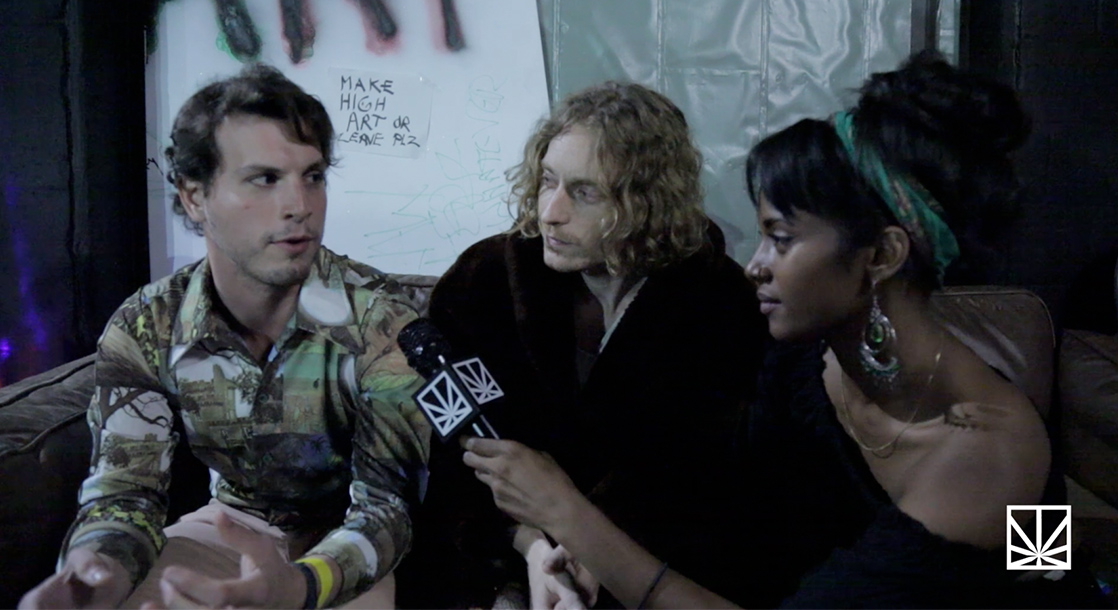 On May 3, the electronic funk duo B00TY celebrated the release of their first EP, High Art, in Los Angeles by marrying art education with groovalicious tunes. The event featured Grammy-nominated soul singer Stacy Barthe (who collaborated with Nipsey Hustle on “Victory Lap”), and hip-hop heroes Kill Nigel, Farrah Fawx, and David Sabastian, along with a slew of other special guests.

“Creatively, if we don’t smoke when we’re making music, I feel like I’m not finding my true potential,” B00TY’s Adam Epelbaum told MERRY JANE. “I feel like it just makes me calm, relaxed, clear-headed. I’m able to think on my feet and be who I am.”

And while B00TY headlined the party, Sabastian’s new tuition-free youth art program, Just Draw It, may have stolen the show.

“It’s essentially just an art class, but an unconventional art class,” Sabastian told MERRY JANE’s Adaeze Njaka. “We talk about art, maybe, 15 percent [of the time]. It’s more about enlightening these kids’ minds, and getting them to become infinite with their thought process, and to break the systematic programming that I’m sure most of their schooling and curriculum teaches them.”

Just Draw It is dedicated to the memory of the late Nipsey Hustle, who dedicated his life to philanthropy and activism.

Catch some party highlights with MERRY JANE’s Adaeze Njaka, B00TY, and David Sabastian in the video below.